What is Direct Georeferencing? 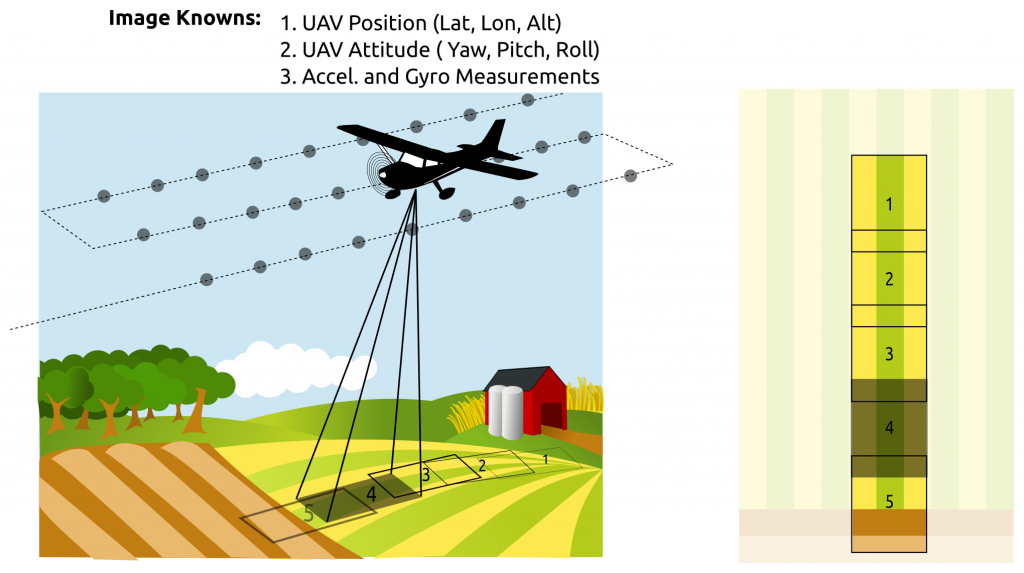 The process of mapping a pixel in an image to a real world latitude, longitude, and altitude is called georeferencing.  When UAS flight data is tightly integrated with the camera and imagery data, the aerial imagery can be directly placed and oriented on a map.   Any image feature can be directly located.  All of this can be done without needing to feature detect, feature match, and image stitch.  The promise of “direct georeferencing” is the ability to provide useful maps and actionable data immediately after the conclusion of a flight.

Typically a collection of overlapping images (possibly tagged with the location of the camera when the image was snapped) are stitched together to form a mosaic.  Ground control points can be surveyed and located in the mosaic to georectify the entire image set.   However the process of stitching imagery together can be very time consuming and specific images sets can fail to stitch well for a variety of reasons.

Where is Direct Georeferencing Suitable for use? 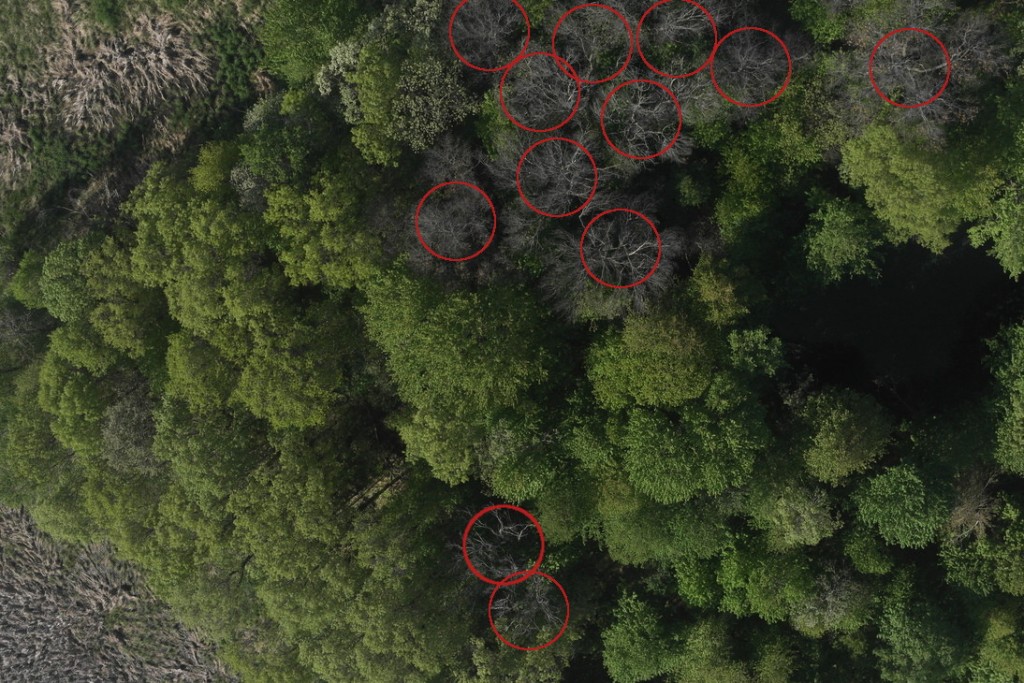 There are a number of reasons to skip the traditional image stitching pipeline and use direct georeferencing.  I list a few here, but if the readers can think of other use cases, I would love to hear your thoughts and expand this list! 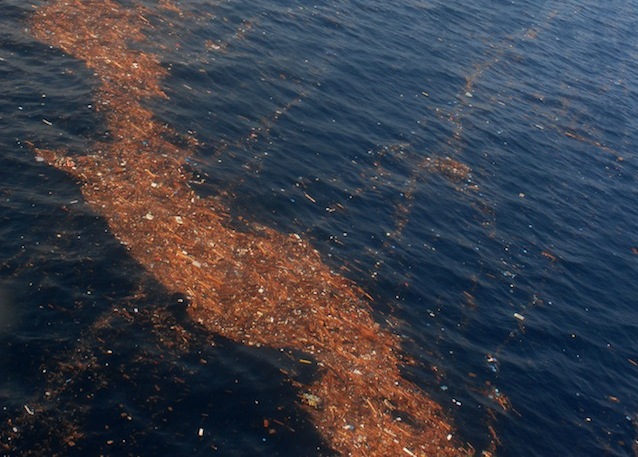 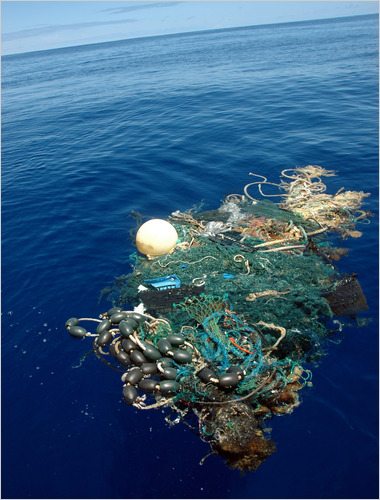 How can Direct Georeferencing Improve the Traditional Image Stitching Pipeline?

There are some existing commercial image stitching applications that are very good at what they do.  However, they are closed-source and don’t give up their secrets easily.  Thus it is hard to do an apples-to-apples comparison with commercial tools to evaluate how (and how much) direct georeferencing can improve the traditional image stitching pipeline.  With that in mind I will forge ahead and suggest several ways I believe direct georeferencing can improve the traditional methods:

Throughout the image stitching pipeline, it is critical to create a set of image feature matches that link all the images together and cover the overlapping portions of each image pair as fully as possible.  False matches can cause ugly imperfections in the final stitched result and they can cause the bundle adjustment algorithm to fail so it is critical to find a good set of feature matches.  Direct georeferencing can improve the critical feature matching process.

What Information is Required for Direct Georeferencing?

I don’t intend this section to be negative, every tool has strengths and times when it is a good choice.  However, it is important to understand what equipment choices works better and what choices may present challenges.