Wikipedia Spins: In aviation’s early days, spins were poorly understood and often fatal. Proper recovery procedures were unknown, and a pilot’s instinct to pull back on the stick served only to make a spin worse. Because of this, the spin earned a reputation as an unpredictable danger that might snatch an aviator’s life at any time, and against which there was no defense._

Even in today’s modern world, spins are disorienting and still can be fatal.  This project aims to study spins with a highly instrumented aircraft in order to better understand them, model them, and ultimately create cockpit instrumentation to help a pilot safely recover from a spin. 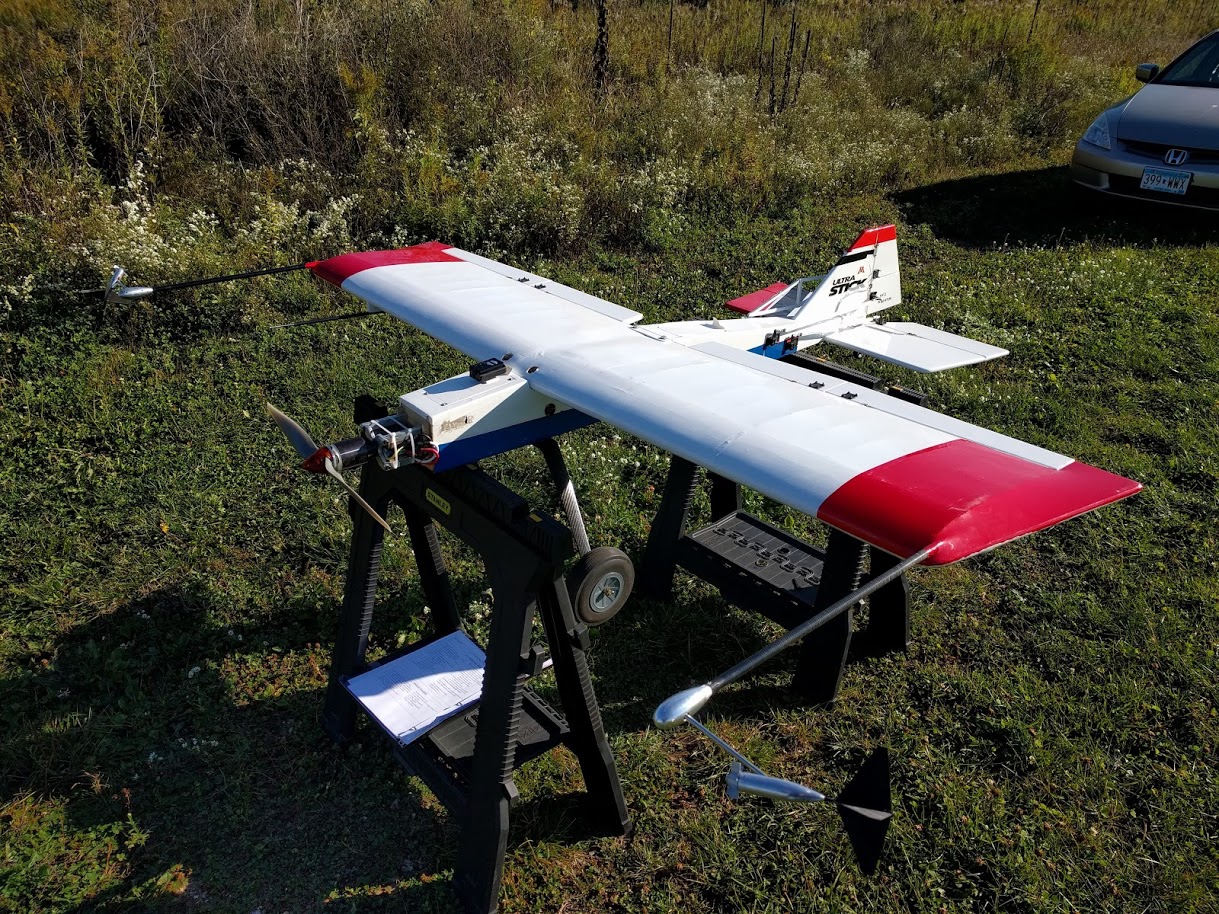 The test aircraft is an Ultrastick 120 operated by the University of Minnesota UAS Research Labs.  It is outfitted with two NASA designed air data booms, one at each wing tip along with a traditional IMU, GPS, pitot probe, and control surface position sensors.  The pilot is safely on the ground throughout the entire test flight (as well as before and after.)

These are in-flight videos of two test flights.  Flight #14 is the ‘nominal’ configuration.  In flight #15 the CG is moved to the aft limit and the plane is repeatedly put into an aggressive spin.

In both videos, the onboard attitude estimate and other sensors are drawn as a conformal overlay.  The pilot stick inputs are shown in the lower left and right corners of the display.  This aircraft is equipped with alpha/beta probes so the data from those sensors is used to draw a ‘flight path marker’ that shows angle of attack and side slip.  Airspeed units are in mps, altitude units are in meters.  The last 120 seconds of the flight track is also drawn into the video to help with visualizing the position of the aircraft in the air.

These flight tests are conducted by the University of Minnesota UAS Research Labs.