Update: 29 November, 2017:  The work described below has been connected up to the on board autopilot and tested in simulation.  Today I am planning to go out and test with an actual survey aircraft in flight.  I can draw and save any number of areas together as a single project (and create and save any number of projects.)  Once in flight, I can call up a project, select an area, and send it up to the aircraft.  The aircraft itself will generate an optimized route based on planned survey altitude, wind direction, camera field of view, and desired picture overlap.  The result (with zero wind) looks like the following picture.  5 areas have been sketched, one area has been submitted to the aircraft to survey, the aircraft has computed it’s route, the route is trickled back to the ground station and drawn on the map. 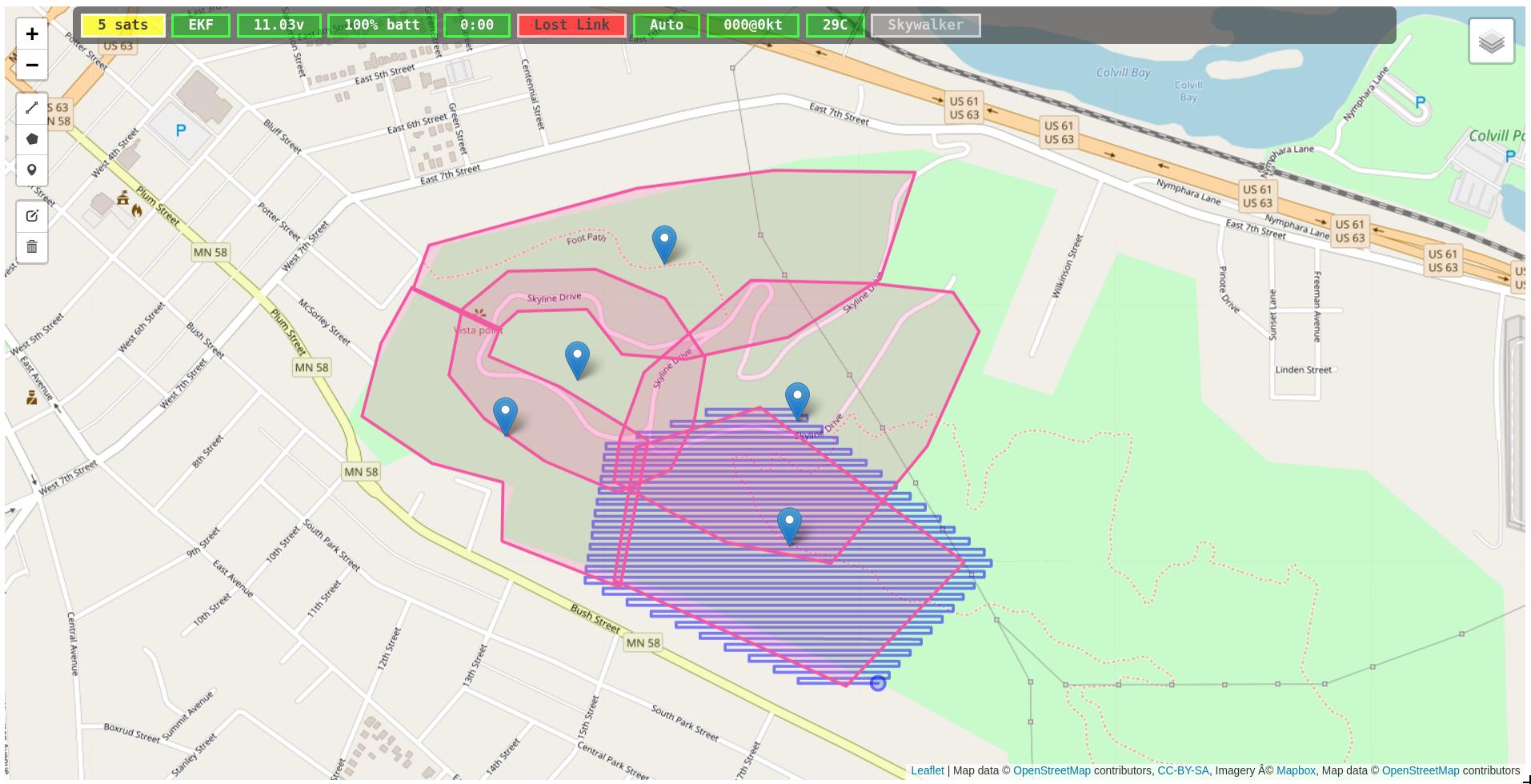 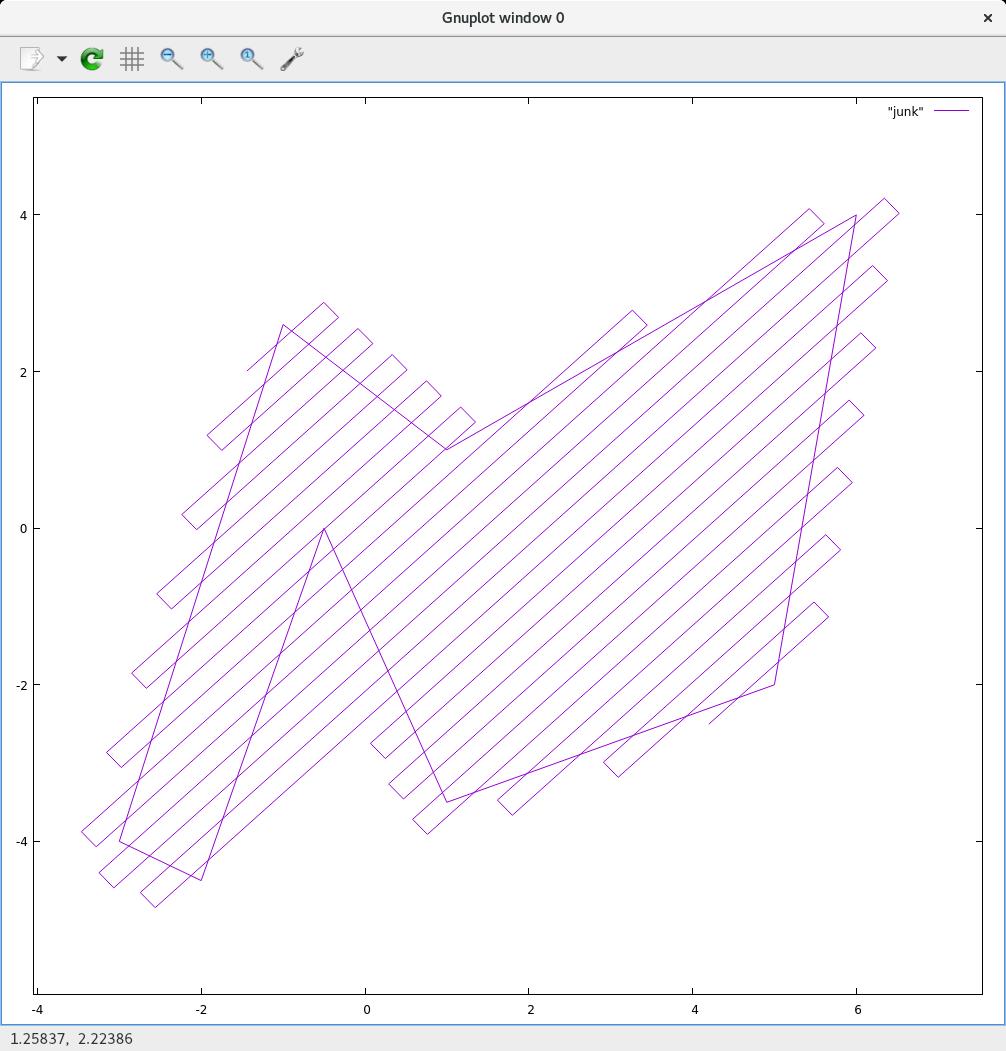 Today I am working on auto-generating routes that cover arbitrary (closed, non-self intersecting) polygon areas.  The operator is able to draw a collection of polygons on the ground station, save them by project name, and then during flight call up the project/area they wish to survey, send (just the area perimeter) to the aircraft, and it will generate the coverage route automatically on the fly.

The main benefit is that the ground station doesn’t need to upload a 1000 waypoint route, only the area perimeter.  The aircraft will already know the camera field of view and mounting orientation.  It will know target altitude, wind direction and speed.  The operator can include additional parameters like endlap and sidelap percentages.

The end goal is a smart, streamlined, easy to use (fixed wing) survey and mapping system.

There are additional issues to consider such as aircraft turn radius, turn strategies (dog bone turns, versus naive turns), and possibly interleaving transacts (a bit like a zamboni covers a hockey rink.) 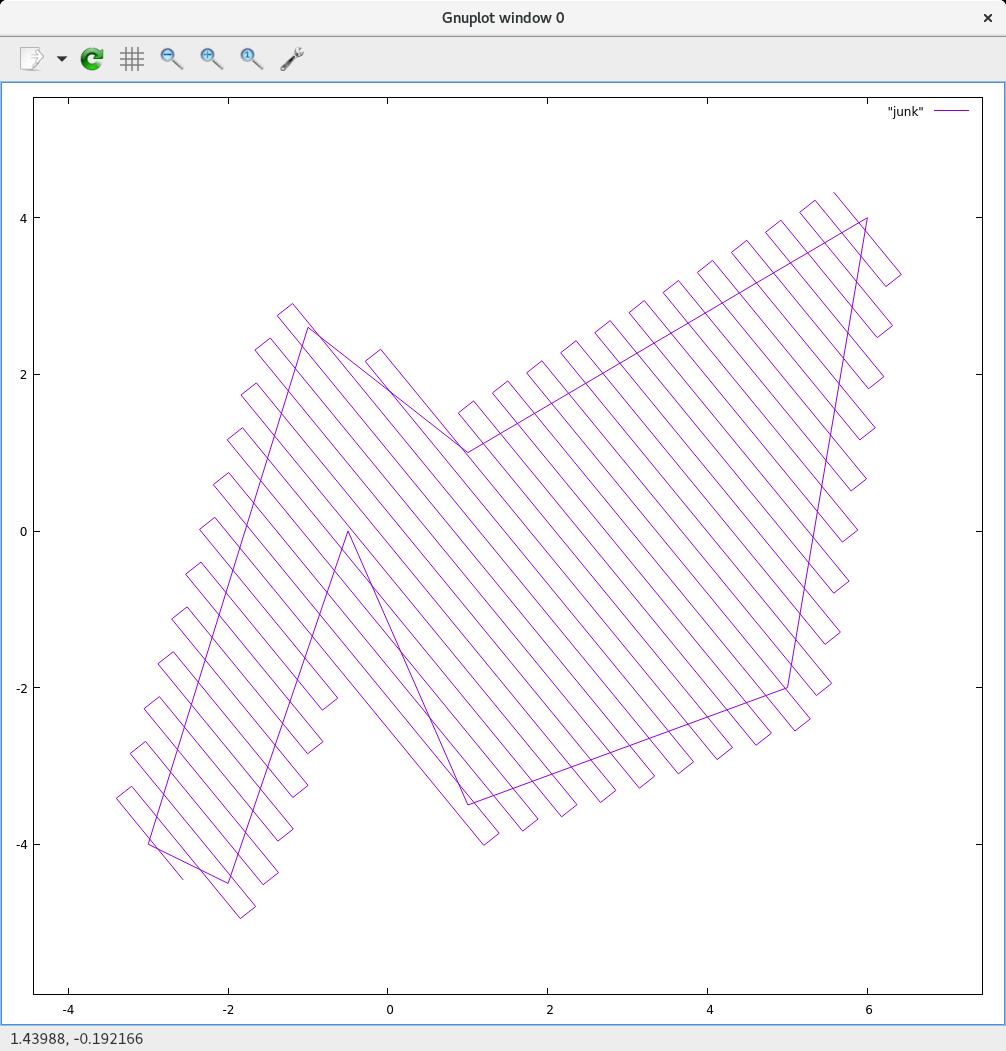