The U of MN UAV Lab has flown a variety of sensors in aircraft, ranging from the lowly MPU-6000 (such as is found on an atmel based APM2 board) all the way up to an expensive temperature calibrated VectorNAV VN-100T.  I wish to present a quick field comparison of these two sensors. 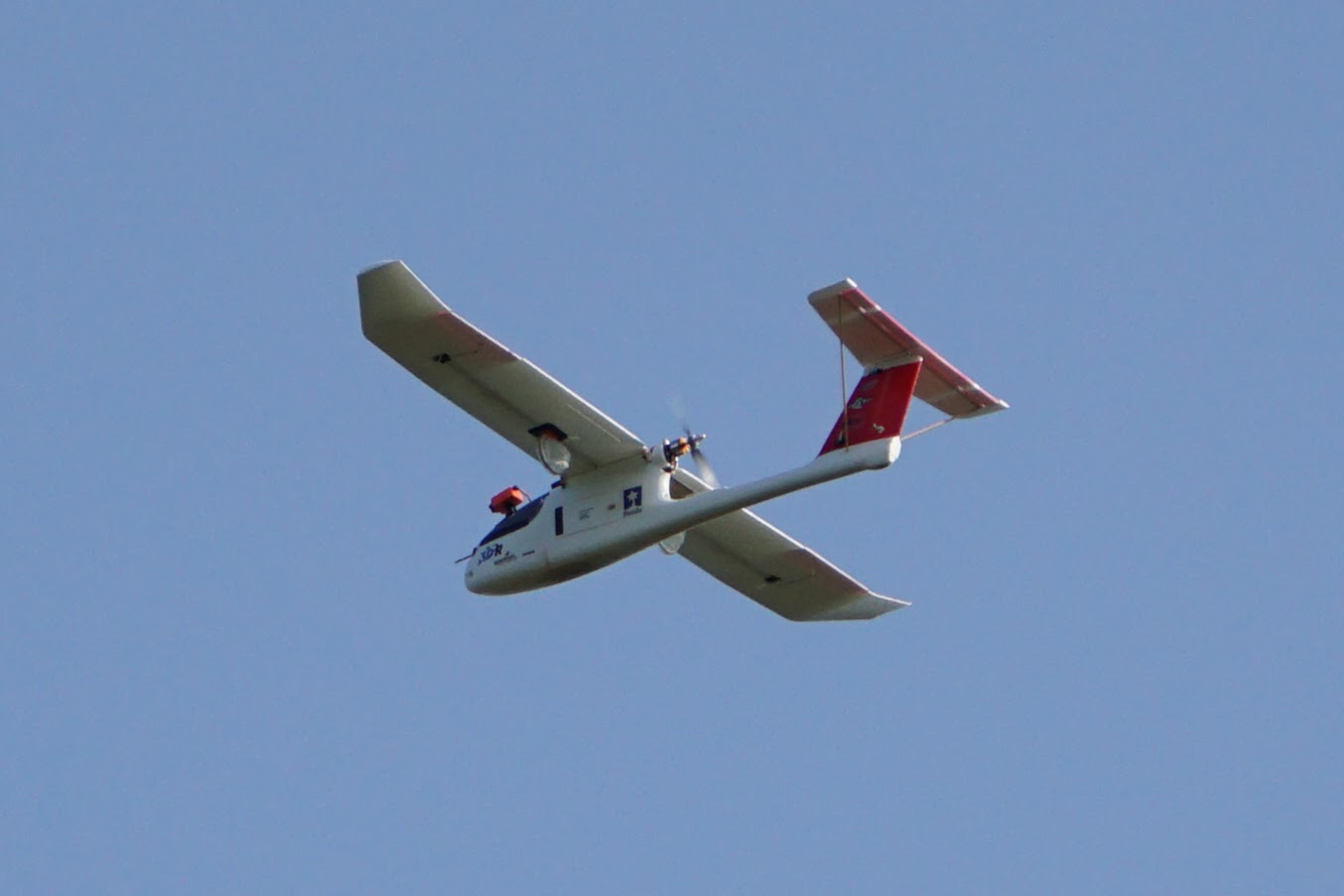 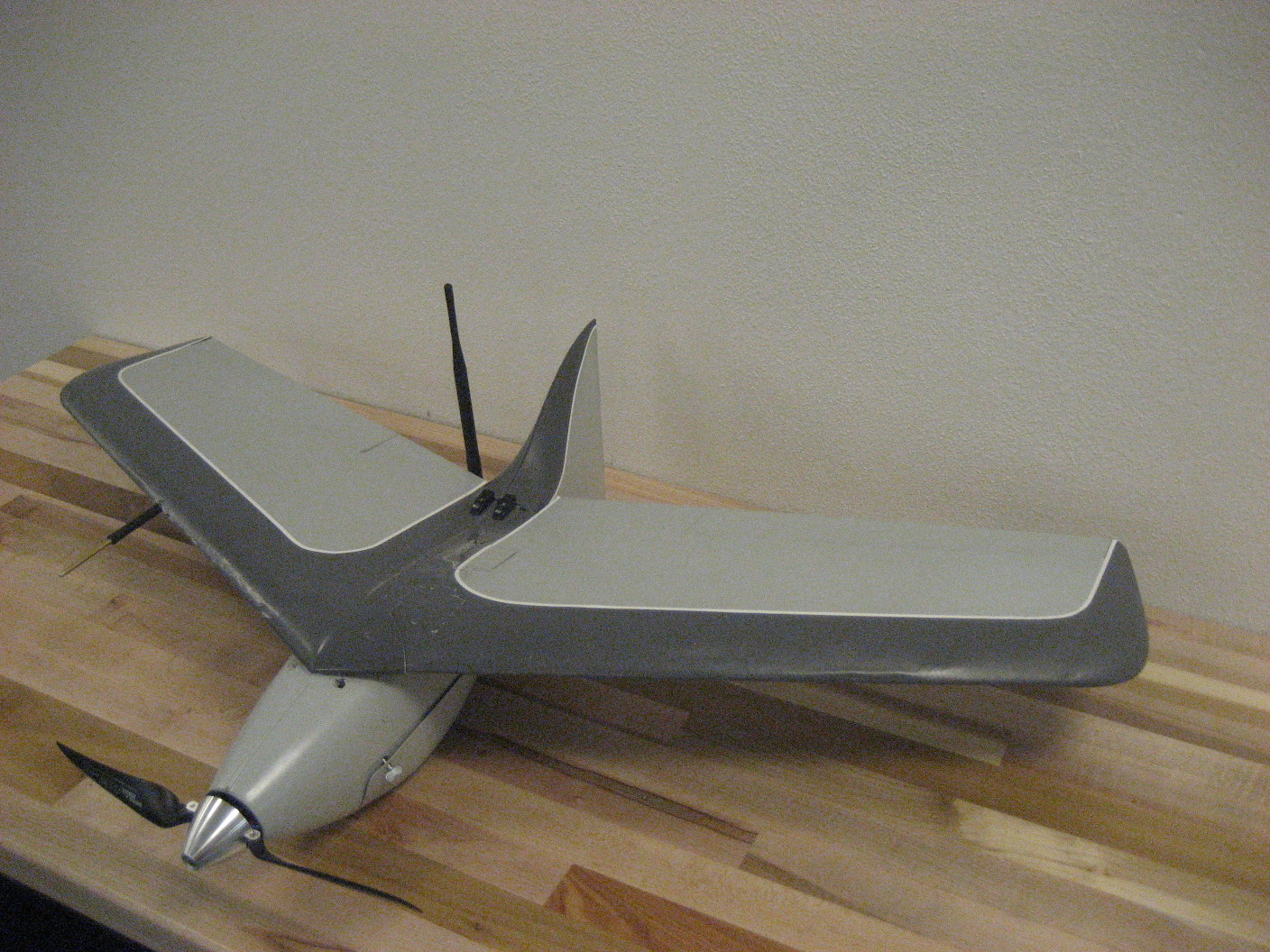 [disclaimers: there are many dimensions to any comparison, there are many individual use cases, the vn100 has many features not found on a cheap MPU-6000, the conditions of this test are not perfectly comparable: two different aircraft flown on two different days.   These tests are performed with a specific MPU-6000 and a specific VN-100T – I can’t say these predict the performance of any other specific IMU.  Both sensors are being sampled at 100hz externally.  Internally the MPU-6000 is being sampled at 500hz and filtered.  I suspect the VN-100T is outputting unfiltered values – but that is just a guess from the plot results.]

The point of this post is not to pick on the expensive solution, comparisons are difficult with a perfectly level playing field.  But hopefully I can show that in many ways, the less expensive solution may not be as bad as you thought – especially with a little calibration help.

I will mostly let the plots speak for themselves, they share the same vertical scale and cover about the same time span.  The less expensive sensor is clearly less noisy.  This trend holds up when the two sensors are motionless on the ground. 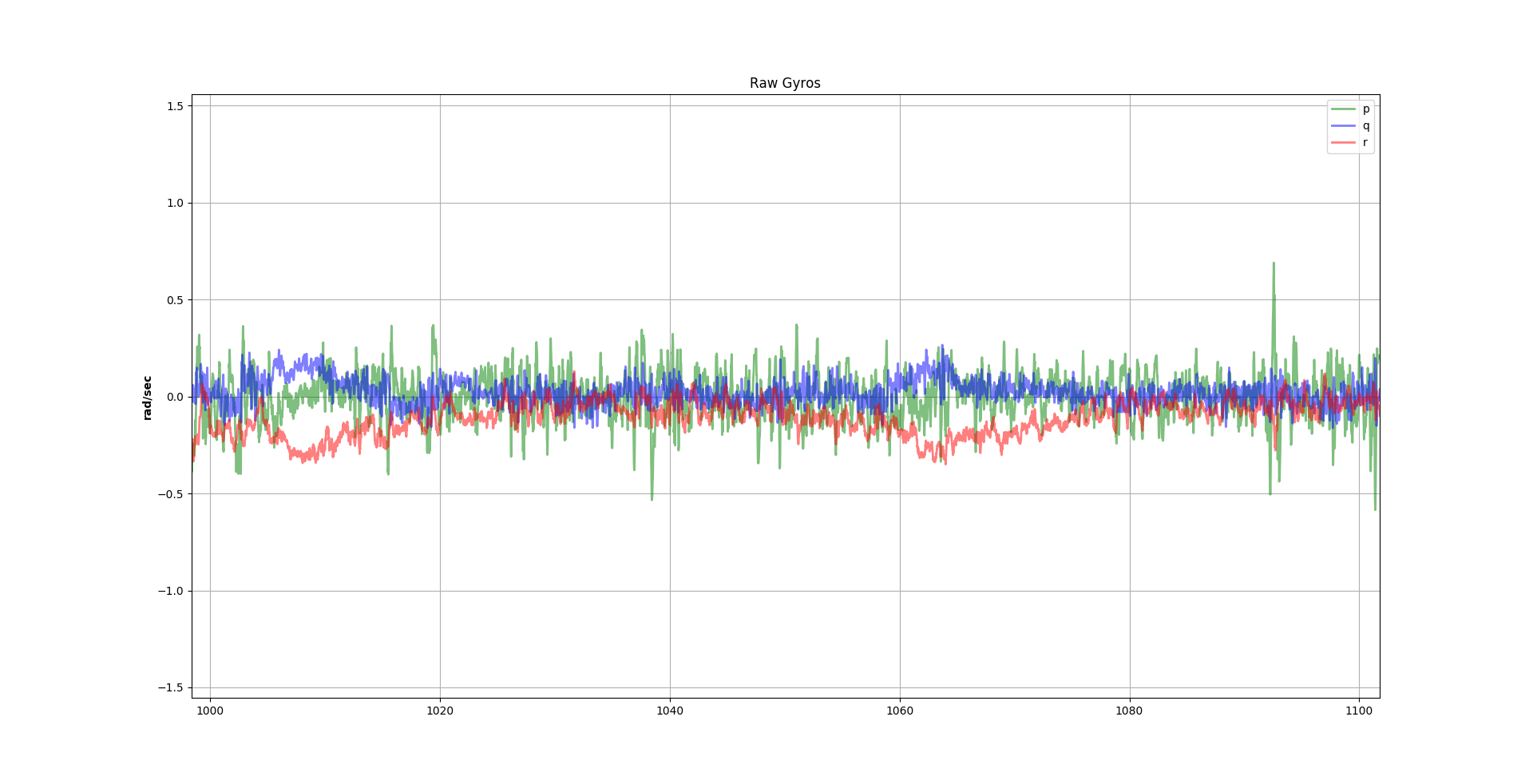 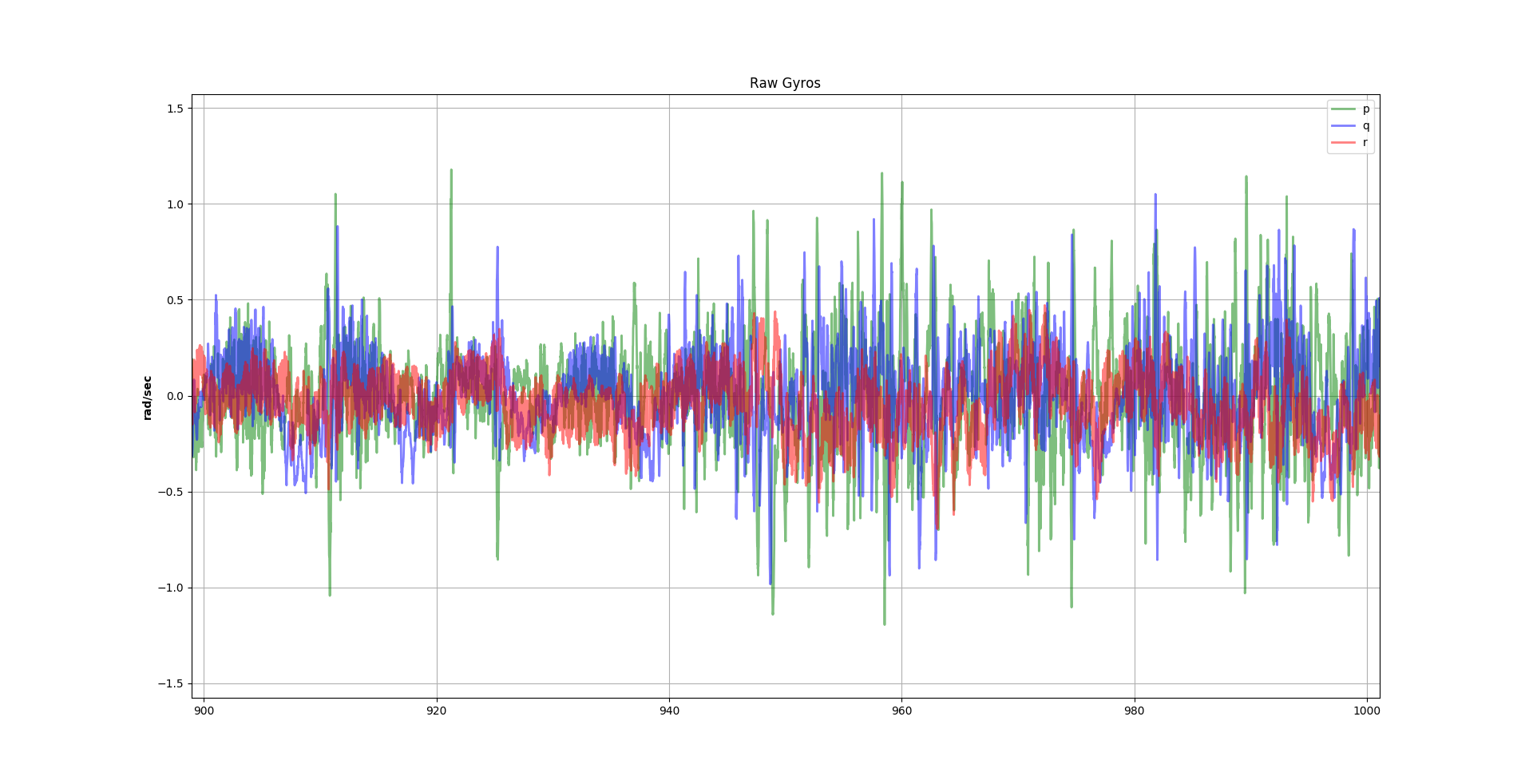 Again, the plots speak for themselves.  Given the same vertical and horizontal scales, the less expensive sensor is by far less noisy. 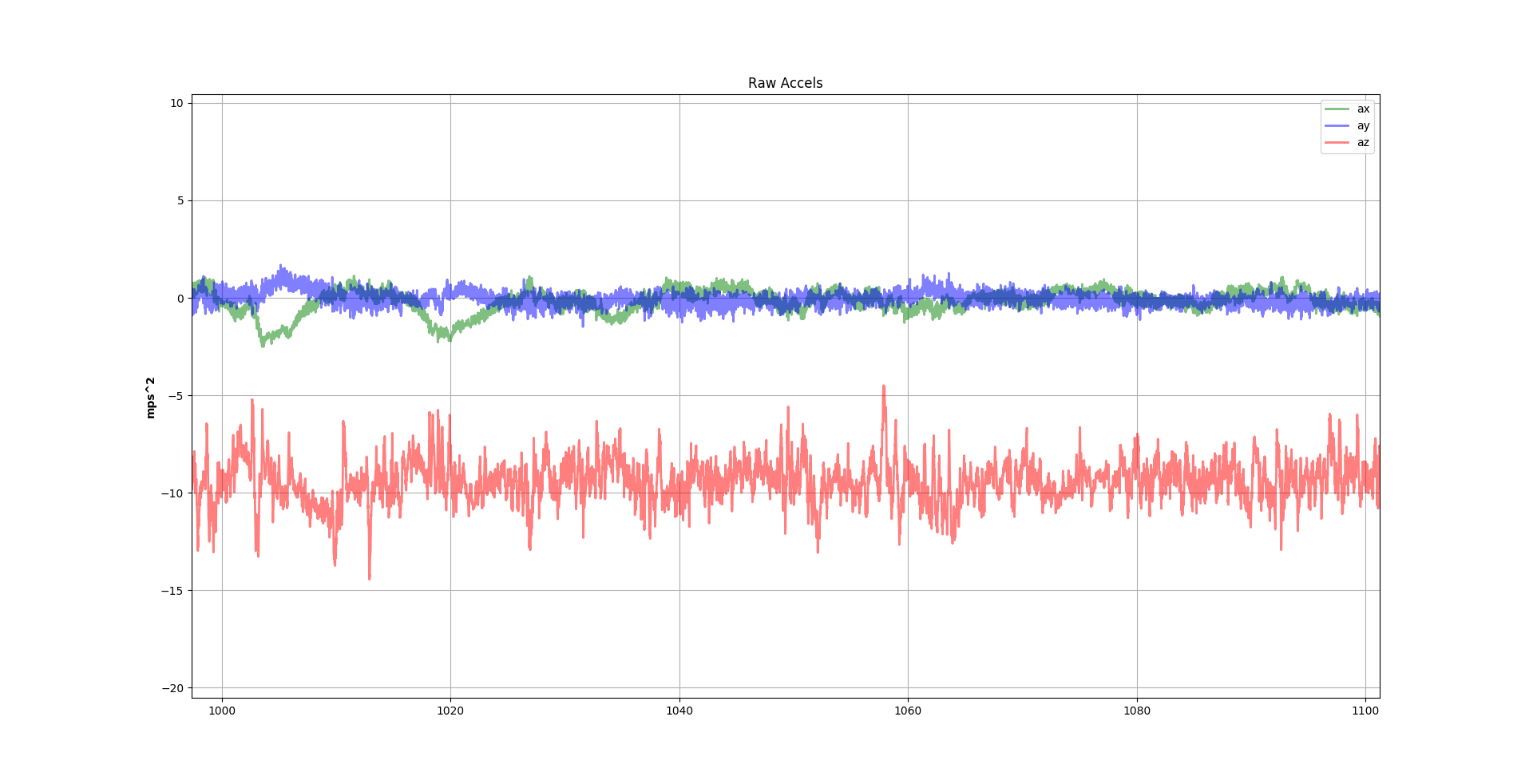 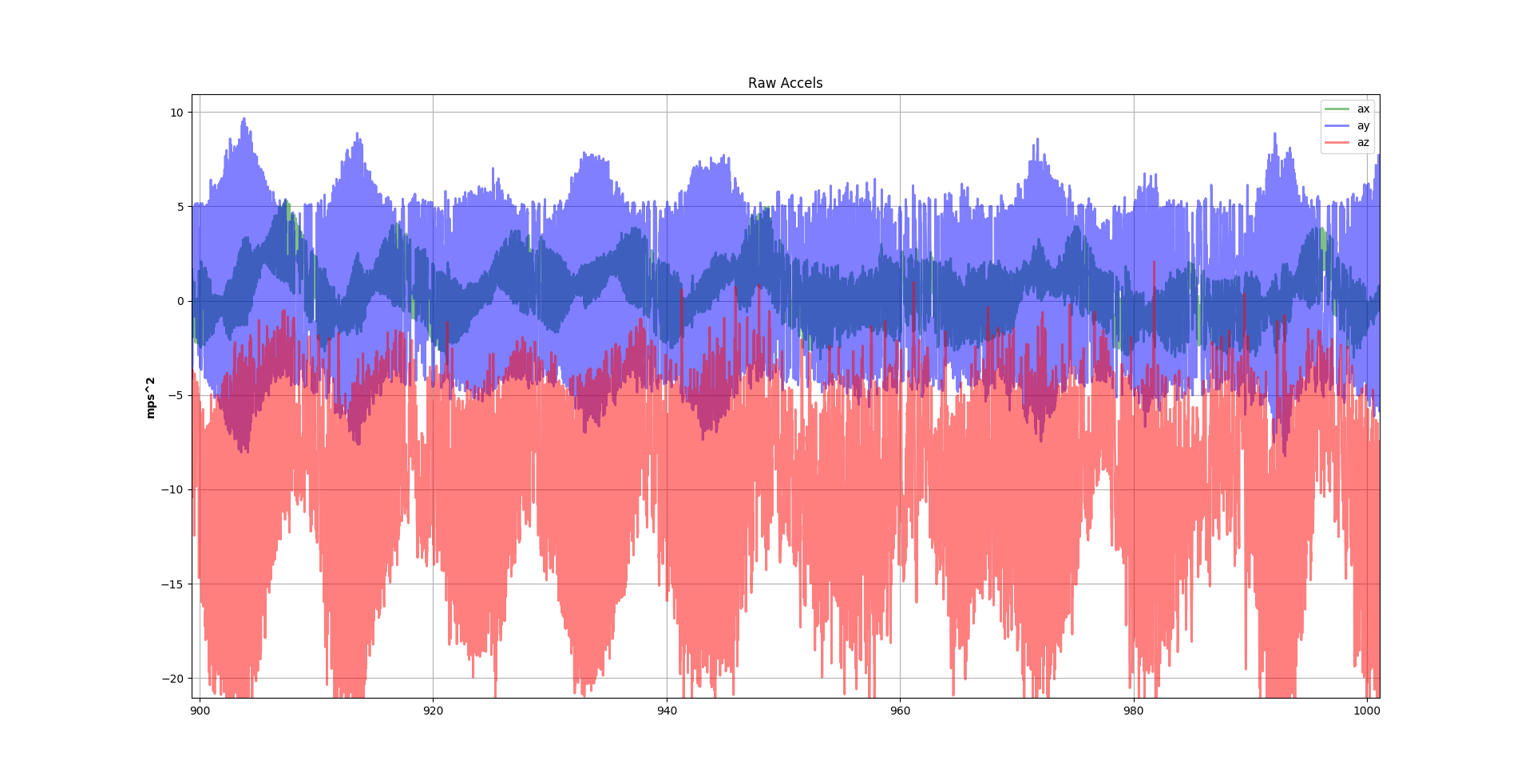 This next pair of plots requires a small bit of explanation (please read this first!) 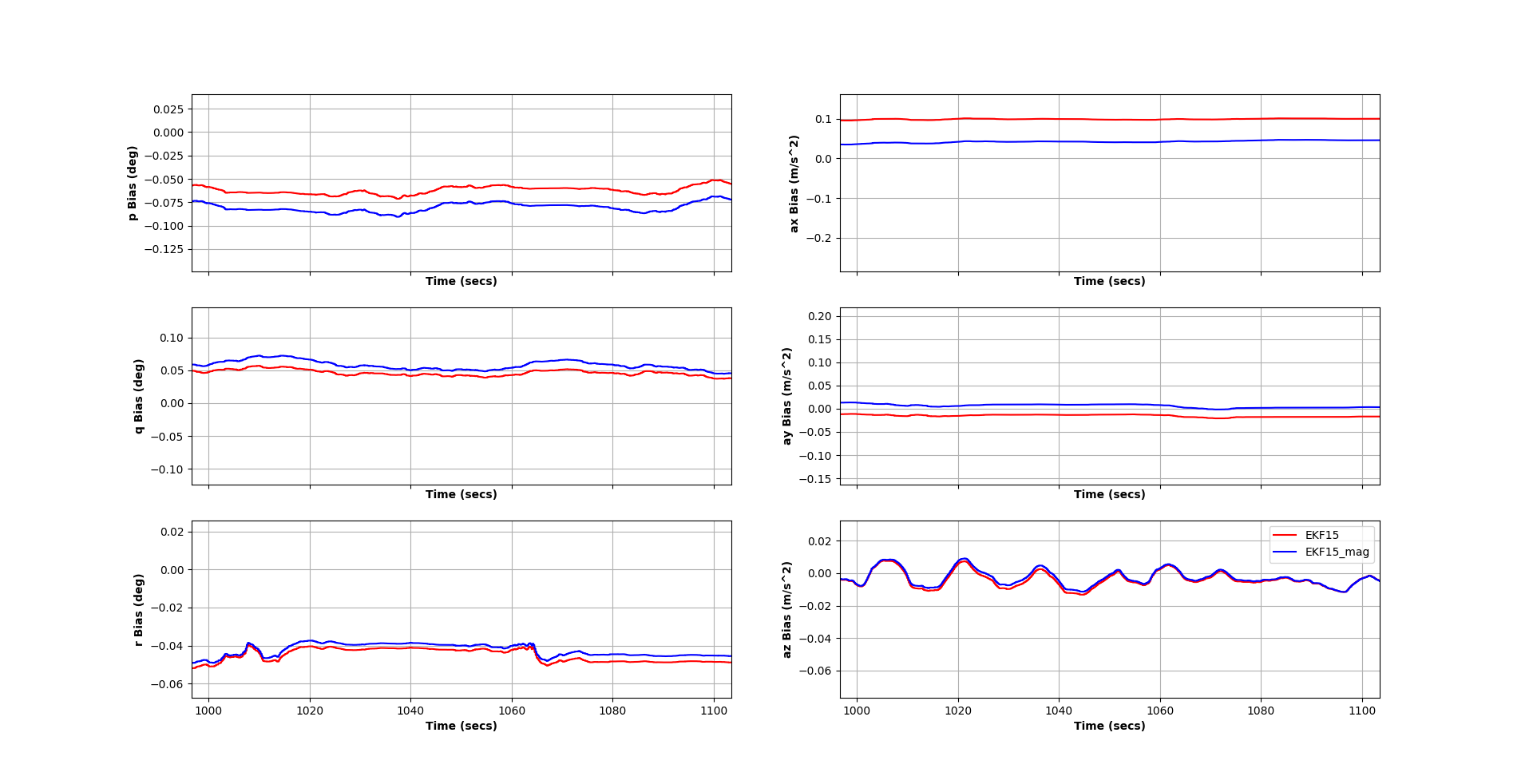 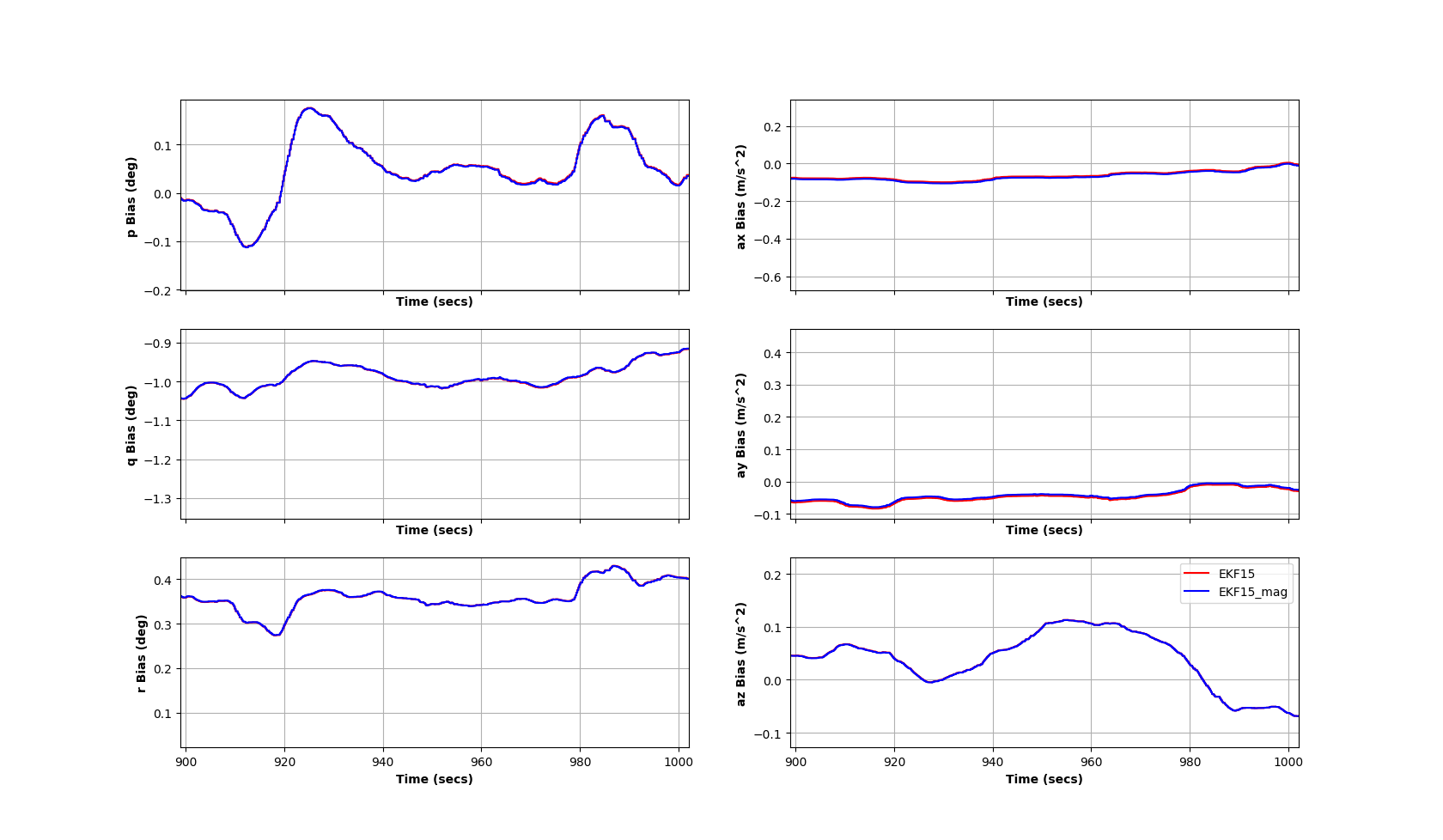 What can we learn from these plots?