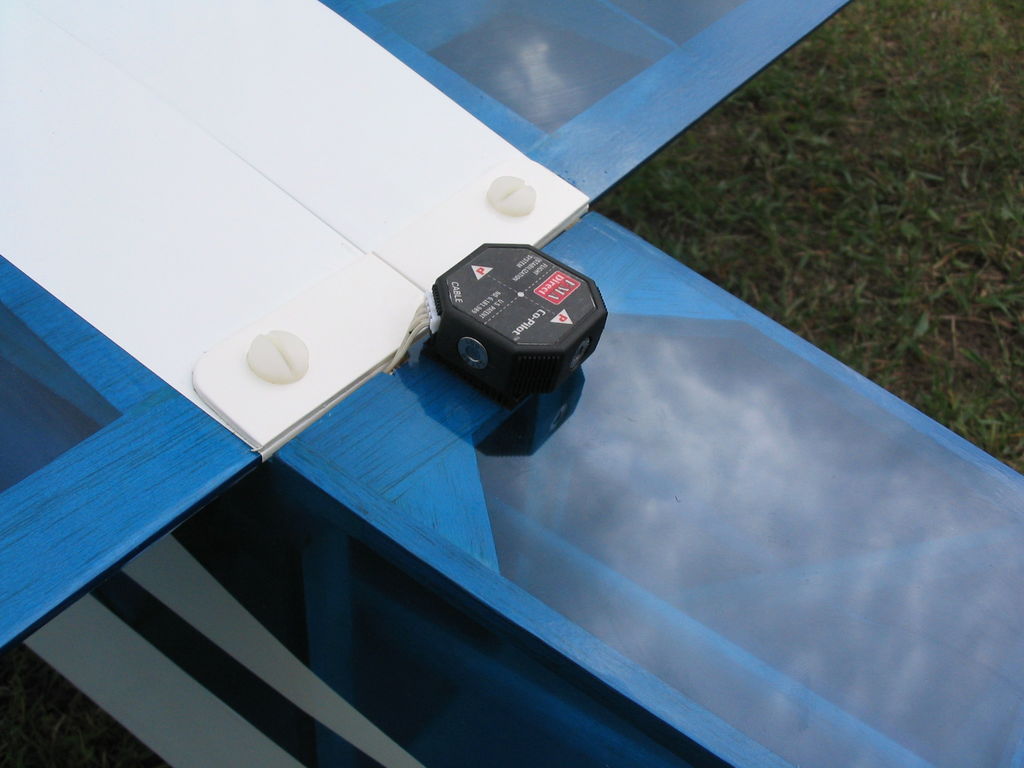 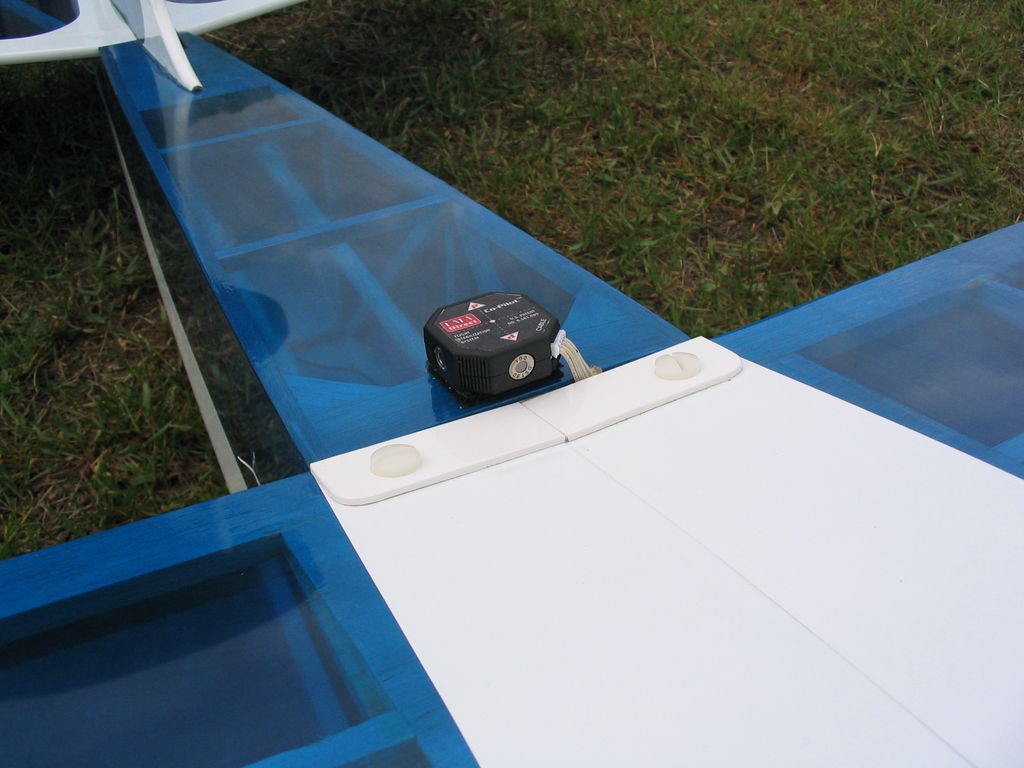 The FMA Co-Pilot has some complexity to it, so it’s important to read through the manual carefully to get it setup properly, and to get it calibrated properly at the field before flight. The manual explains quite a bit about how it works, and what it can and can’t do. It’s important to understand these things so you know the devices limits and what you can expect. I mounted my sensor on the centerline of the fuselage immediately behind the trailing edge of the wing. This gives me good visibility left/right and makes for a very clean installation. Exhaust comes out the bottom-left of cowl so it’s fairly protected from residue. I pick up more bugs there than anything else.

I discovered that you have to be very careful and precise with the field calibration procedure, otherwise it will try to drive the aircraft into a bank and the plane will be constantly turning. Conveniently, my transmitter trim still works with the Co-Pilot device activated, but one caution, if your aircraft is trimmed for normal manual flight and you activate the co-pilot and it is not perfectly calibrated, you need to retrim. That can lead to (possibly substantial) trim changes with the device on versus off … it’s workable, but you have to be aware of it.

I setup the Co-Pilot so I could turn it on/off and adjust the gain with my “flap” channel. That worked well, and I found that with my big, slow Kadet Sr. I could fly with the gains dialed to full max just fine. Initially I only activated it altitude, but eventually I tried flying lower, and even landing with it activated. It worked so well that I eventually did takeoffs and touch and goes as well as landings. I observed no ill tendencies and it seemed to help make my landing smoother because it can compensate for gusts more quickly than I can (and I was able to practice this because the winds were getting gustier as my test progressed.) With the co-pilot activated, it wants to drive the wings level and sort of tries to hold pitch. But it still passes through your manual inputs “additively” so you are able to fly fairly normally and override the stabalization controls.

Ok, so the big question after playing with the co-pilot for a few flights is “how will it work as a UAV stabalization system?” My answer at this point is, yes very well for many applications and airframes. However, it’s not perfect and it’s not magic. The Kadet is big and slow, so even with the gains dialed up to max, it can’t keep the plane perfectly level all the time. It is highly sensitive to the field calibration procedure, so you need to perform that carefully, then ensure that you are well trimmed before cutting it loose to do anything on it’s own. It does do the job though and keeps the plane reasaonably stable. With the system activated, it is very safe. You can input full rudder deflections and while I do observe some banking, the system holds it’s own and limits the bank to 10-20 degrees and keeps everything under control. Note that this is a “simple” proportional controller so it can’t cancel out all errors or biases, but it produces a “stable” system. That’s why it can’t hold the wings level against rudder input, but with neutral rudder it does just fine.

I think I’m happy enough with the co-pilot to move forward and start looking at getting my flight computer running.