The World is Constantly Changing

The last time I built up my own PC was March, 2011 – going on 3 years ago.  The basic idea of building your PC and the basic skill set required are still pretty much the same, but a couple new things caught me off guard.  Because I only do this every 2-3 years, I don’t keep track of trends and buzzwords and product nicknames, so plowing my way through this is a bit of a (fun) adventure each time! 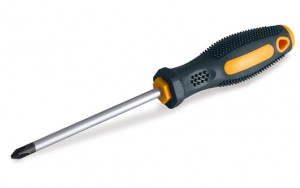 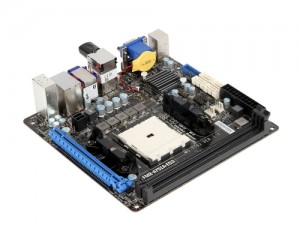 One thing I discovered this time around is the mini-ITX motherboard.  This is smaller than a traditional motherboard, but has a ton of stuff packed into a small area.  I was planning to build a simple file server and was hoping for a smaller footprint in my office, so I rolled the dice and chose this style motherboard.  Here are a few comments: 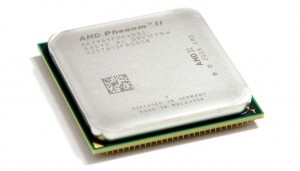 Here is the one thing that did catch me off guard.  The motherboard I chose has analog and hdmi video output.  However, I eventually discovered that this only works if you install an AMD CPU that has integrated video support.  I have never seen this before, and it seems to be something relatively new, or at least introduced since I built my last PC a couple years ago.

I chose a CPU without integrated graphics and spent half a day trying to figure out why my new system seemed dead on arrival.  Eventually I dug up an old PCI video card out of the bottom of a box of spare parts, installed that in the one available expansion slot, and “ta da!” I could see the motherboard booting up and running its power on stuff.  (This motherboard doesn’t beep on boot, I was expecting beeps and not getting them, but it turned out to be normal, not an indication of a problem)  So, excellent, everything is working as it is designed!

I am planning to use this machine as a simple server (backup server, nfs server, disc burning server.)  I don’t plan to play games on it, so graphics is not a big issue, and I was very relieved to have my system up and running correctly — running with a “discrete graphics card” installed which is the new terminology apparently. 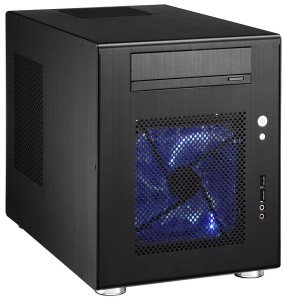 Along with a new (new to me) motherboard form factor comes a new case style designed to fit the mini-ITX motherboards.  When you shop online and don’t know exactly what you are doing, occasionally you get stuck making guesses and hope that it will work out!  I was hoping for something smaller than a mid-tower case, which was my whole intent when I selected the mini-itx MB.  I chose a case listed as a “mini-tower” and designed specifically for mini-itx MB’s.  I also wanted one external 5 1/4″ bay so I could install a dvd/blu-ray burner.

What I received was much bigger than I was expecting.  It is still shorter than a mid-tower case, but actually a bit wider, and uses a standard ATX power supply.  So the downside is that the case isn’t as small as I was hoping, but the upside is that I get a system that is flexible, expandable, and upgradeable.  That said, after stuffing in all the stuff, it is still a pretty cozy fit.  There is still lots of space for add on hard drives, but everything in between is quickly packed full of cables.

Two additional things about this case I think are cool:

To Bling or Not to Bling

I have never been interested in case bling.  I don’t need to be blinded by my case.  I don’t want my case to be visible from outer space.  Give me a small power led and a small hard drive activity light and I’m happy.  Oh, and I don’t need my case to look like a Star Trek prop, basic rectangles are fine.

The case I chose came with a 12″ front fan that is illuminated with blue LED’s.  Normally it wouldn’t be something I’d pick, but I ended up with it and I think it’s pretty cool … at least it doesn’t blink or flash or change colors.

Another big consideration when spec’ing and building a system is fan noise.  In the past, I have put together systems that literally sounded like jet engines on an aircraft carrier deck.  Often PC fans adapt and speed up/slow down as the CPU heats up or cools down.  But combine this with a noisy fan and the end result can quickly drive a person insane.  How do you avoid noise?

When you build a system from scratch, typically it doesn’t come with a pre-installed operating system.  That is left up to you.

I’m a long time Linux enthusiast so I loaded Fedora 20 (the current release) on this system.  Linux offers packages like “BackupPC” which can backup all my  other systems on a regular schedule.   I can also easily do NFS file sharing, blu-ray/dvd burning, web serving, and a host of other useful tasks with this system.

For everyday uses, Linux offers Chrome and Firefox, so as our lives increasingly exist “in the cloud”, and more and more our interface is through our phone, tablet, or web browser; I think Linux is becoming more and more of a good option for ordinary computer users.