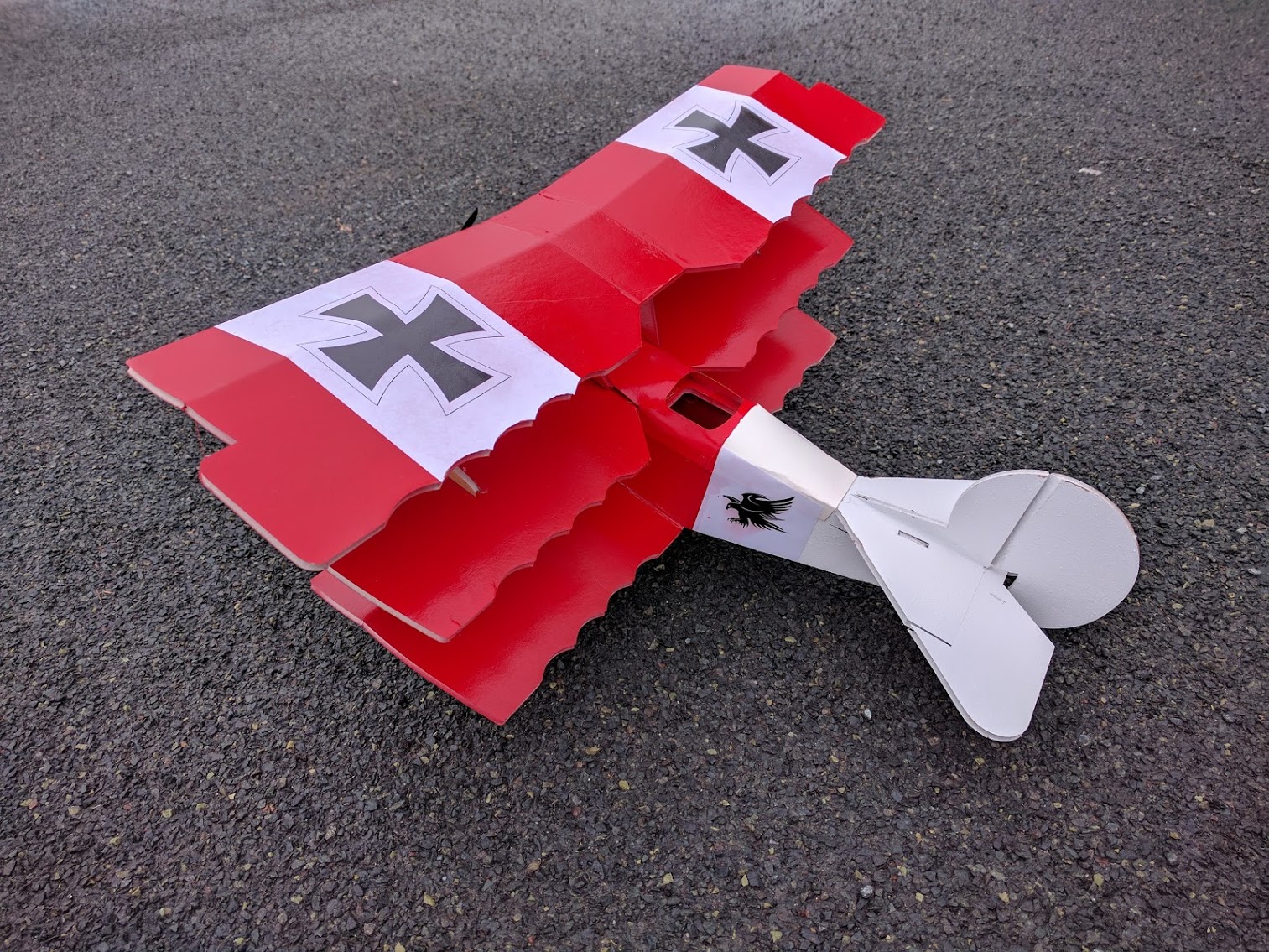 This is just a quick post to memorialize my Flitetest DR1 triplane. The inaugeral flight was flown on January 22, 2017. However on this first flight, the top wing separated. Mental note: take seriously all the warnings about not gluing painted surfaces–scrape off the paint first. 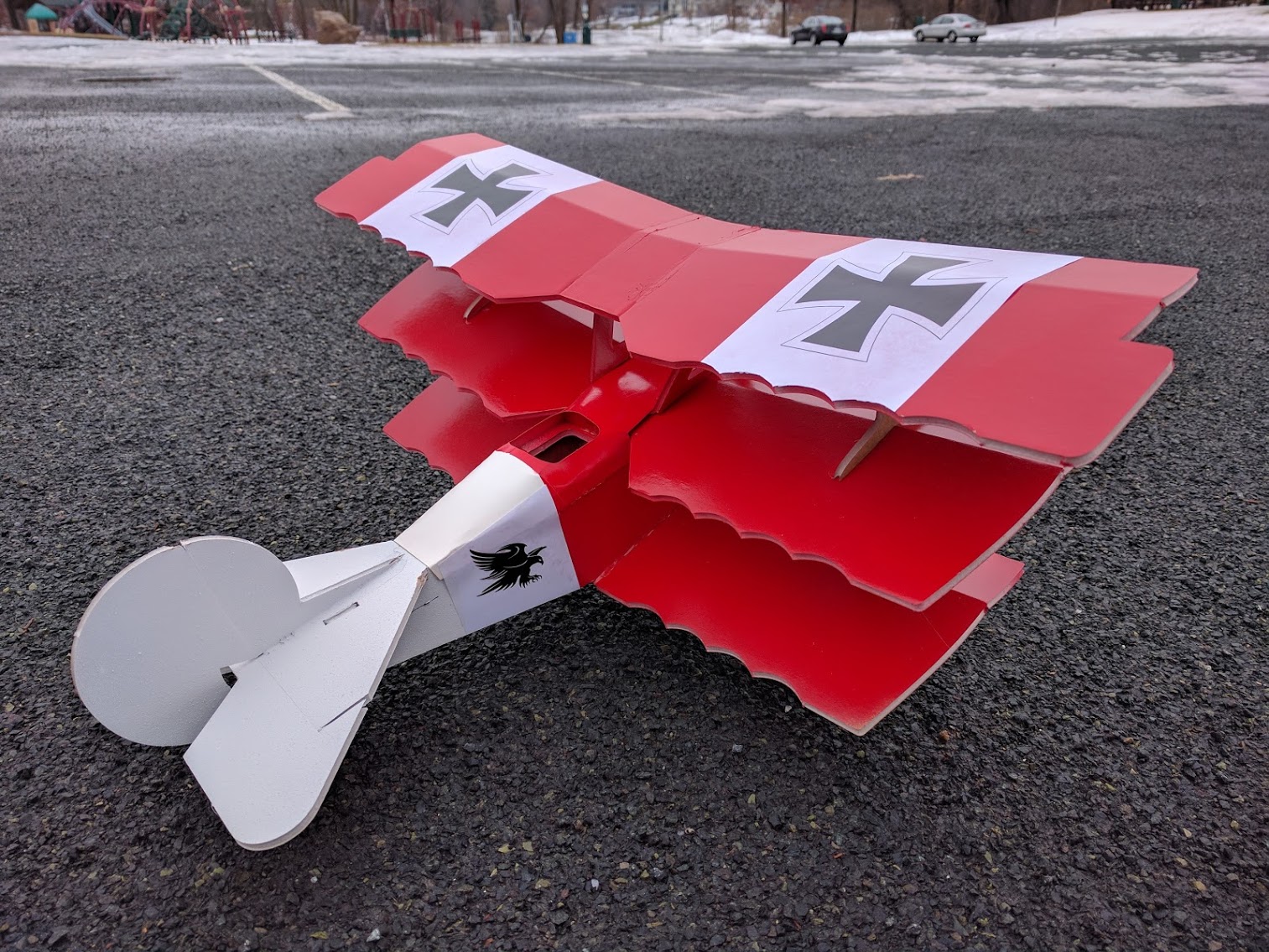 After I reattached the top wing (which should have been a super simple fix) I discovered that somehow the top wing was very twisted and all my attempts to straighten it failed.

If anyone is interested, I found the graphics on the interweb and printed them on my inkjet printer with standard paper. I sprayed both sides of the paper with rattle can clear coat so the ink wouldn’t run if it got wet. Then I cut out the graphics and attached them with Super 77 spray glue. This doesn’t give museum quality, but it’s works pretty good for foamboard aircraft that aren’t ever going to be show pieces anyway.

I flew it once or twice more, but due to the twisted wing in my repair (and with rudder/elevator only control) it would pitch up and almost stall turning in one direction, and then dive straight towards the ground when turning the other direction.

I borrowed the motor and esc from this plane for my Goblin project last summer, and then reclaimed the servos and wheels and fully retired it today.

It is a neat little design that actually flies great when built well. I will need to circle back around to this sometime in the future.