Photo shoot from my maiden flight off floats.

﻿I finally got organized enough to get my Cub up to my parent’s lake. There is a small thin sheet of ice forming at the middle of the lake so this is most likely my last chance to fly off water this year. 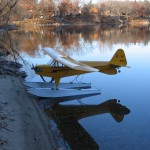 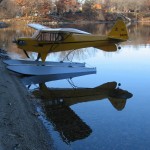 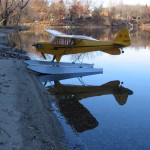 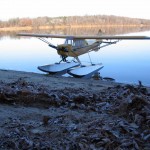 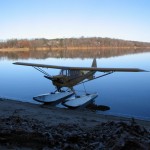 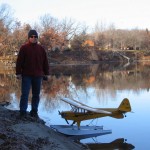 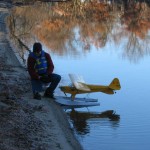 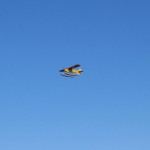 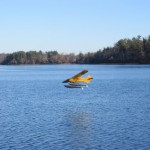 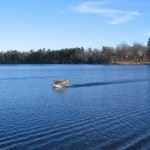 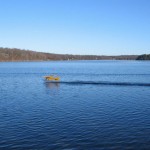 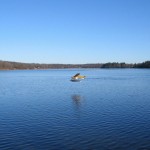 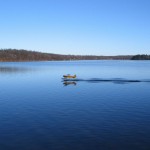 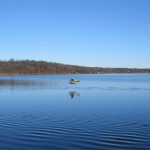 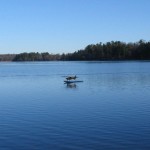 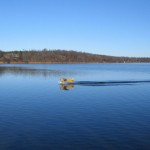 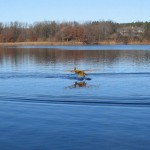 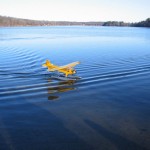 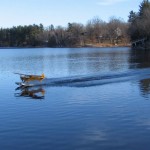 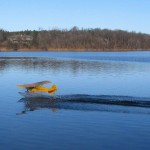 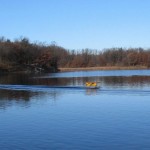 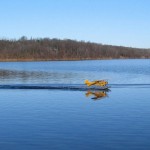 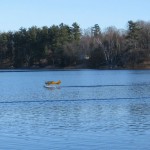 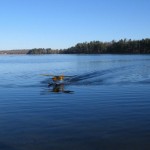 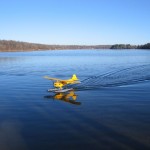 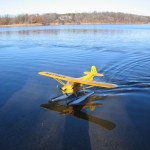 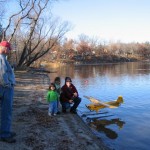 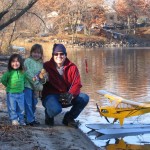 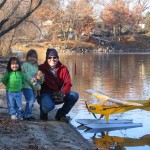 3 things I need to address: 1. One of the servos is draining the battery *way* too fast. My voltwatch is warning of low voltage long before I burn through the first tank. 2. It is somewhat tail heavy … flyable, but you have to be 100% hands on. 3. The floats are mounted so the aircraft sits a bit too tail high in the water. This probably helps getting airborne, but it looks somewhat unnatural.

Despite a few issues, she performed beautifully. She tracks really well in the water. Take off runs are straight and true. It’s easy to get up on step then backoff to a few notches of throttle, center the elevator, and skim along the surface. Then just add some throttle and she’ll accelerate and take off. She’ll get airborne on 1/2 throttle.

I was concerned about flying weight with the extra load of the floats. But it was absolutely not a problem. Flying speed was still cub-like and only a few notches of throttle was required to hold altitude. The main problem was being slightly tail heavy. That meant I had to be on the controls, keep pushing the nose down, and keep correcting when it would start to break one way or the other if it did get too slow. I never felt like I was in danger of a stall, but never was able to really relax and let the plane fly itself either.