When I was in Jr. high in Peru I built the Guillow’s Fairchild F-24. It was myfirst rubber band model that I actually got to fly for more that 10 feet.It was great, I would wind up the engine, stand on top some low bleachers, andsend the plane skyward across our local the soccer field. It would fly straight and true, climbing steadily and solidly until the rubber band engine unwound. Then it would lazily circle back down to the ground. We moved back to the USA after I finished Jr. high, but alas, all my models had tostay behind.

I picked up an identical kit about a year ago and built up the frame in acouple evenings. It’s sat for a while, but I decided it was time to finishit. I completed the model right at the end of 1999. Here are a couple pictures and one bonus story.

A while back I bought a new rubber band for the motor, but must have gottensome old rubber from the LHS. 🙁 After a moderate number of winds, therubber exploded inside doing some significant structual damage. It doesn’tlook to bad from the outside but as of today, this model is being officiallyretired from active flight status and now is on static display status only.

I replaced the old cracking motor, but haven’t test flown it with the newrubber yet. 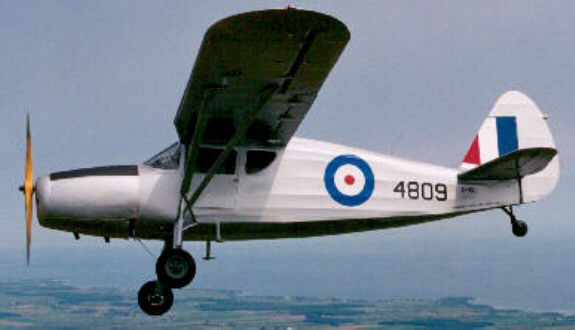 Click here for more information on the Fairchild F-24 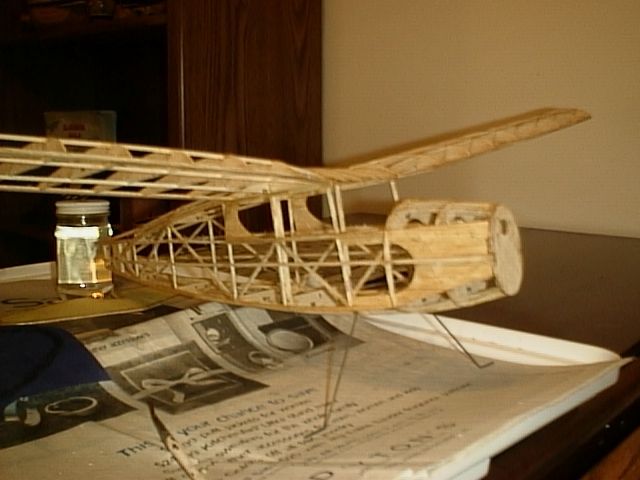 The frame is finished and I’ve just begun covering the tail. 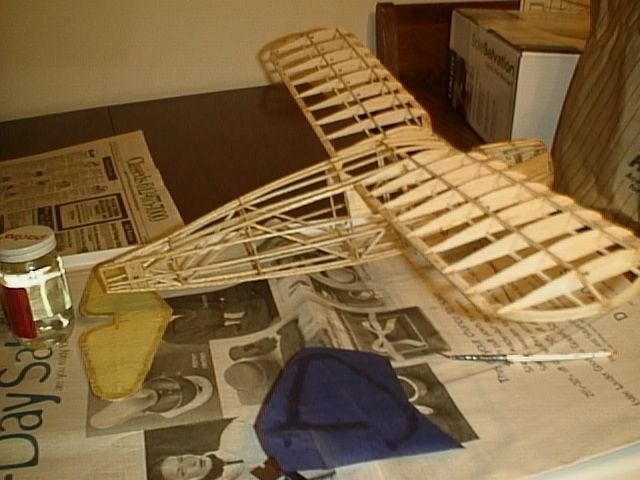 Another view of the frame. 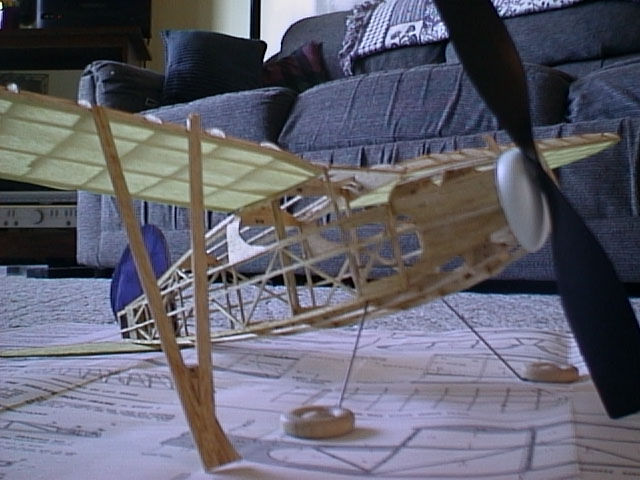 The bottom of the wings are covered. 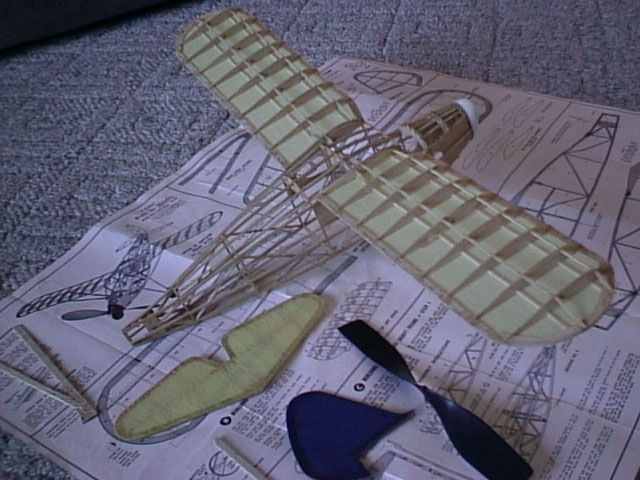 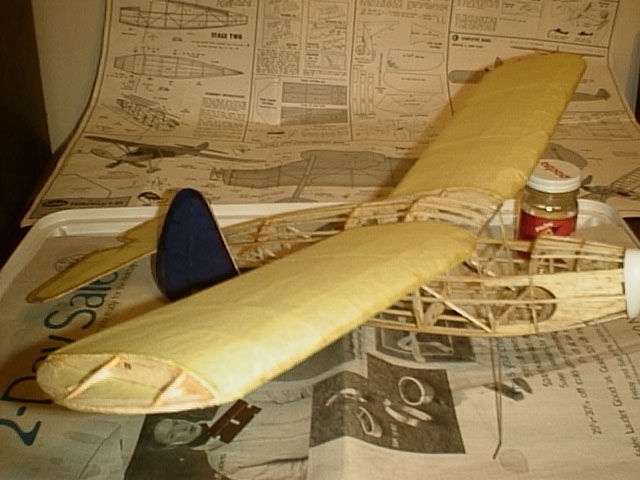 The tops of the wings (sans wing tips) are now covered. 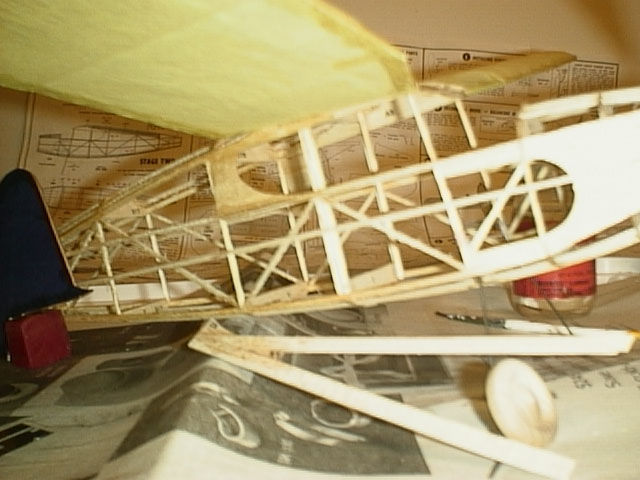 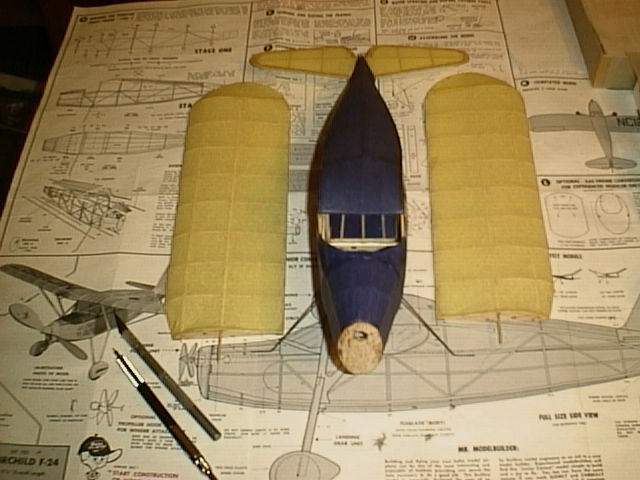 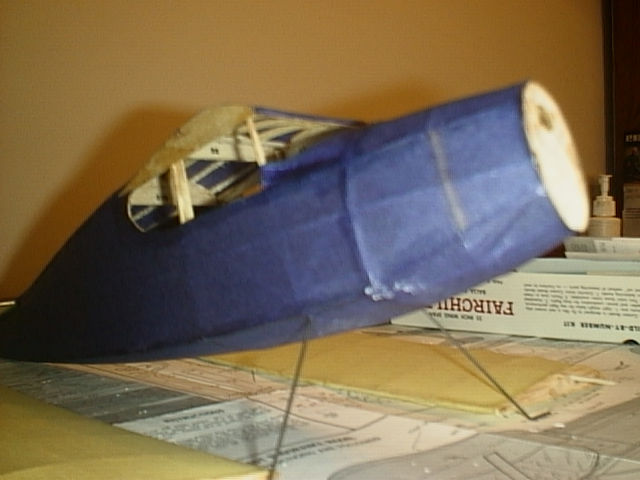 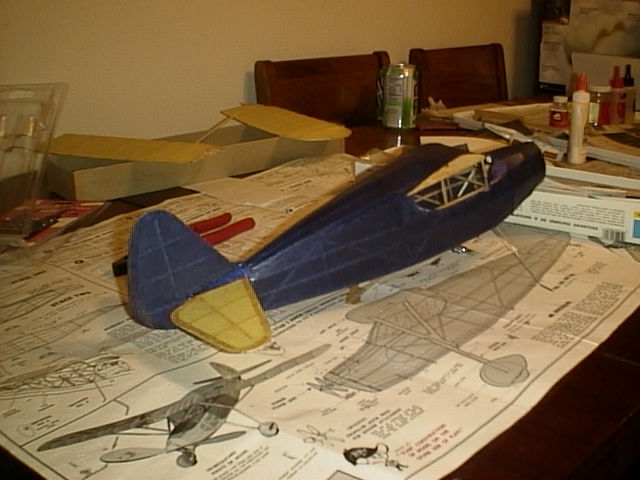 The horizontal and vertical stabalizers have been installed and everythinghas been given a coat of thined out dope to seal it a bit. 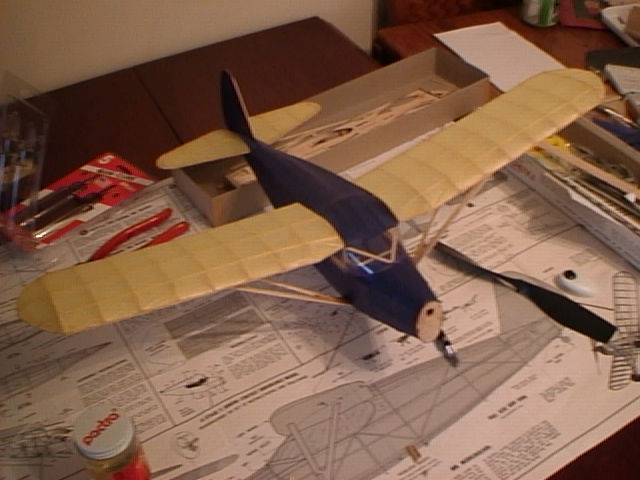 The wings have been glued on and the windshield installed. 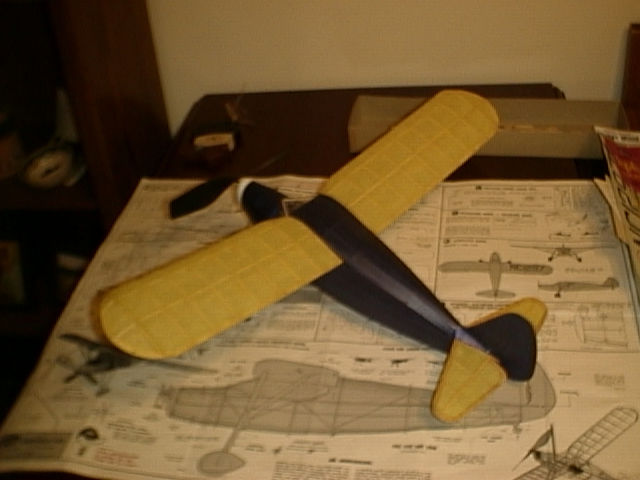 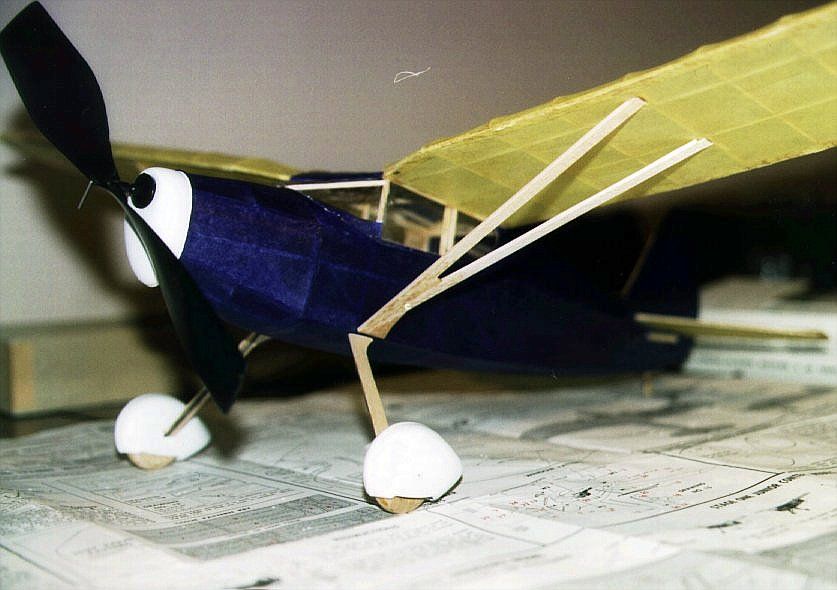 Pretty much complete except for the decals. 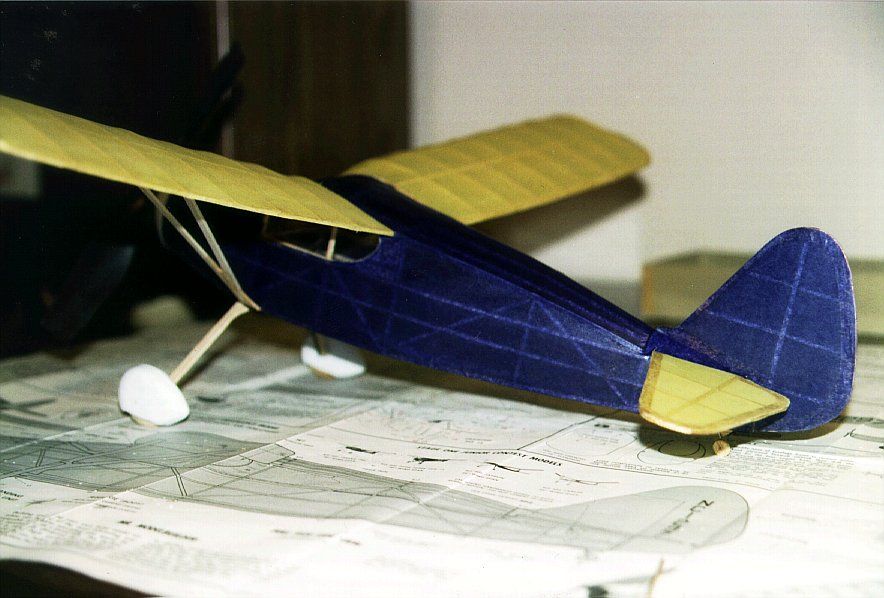 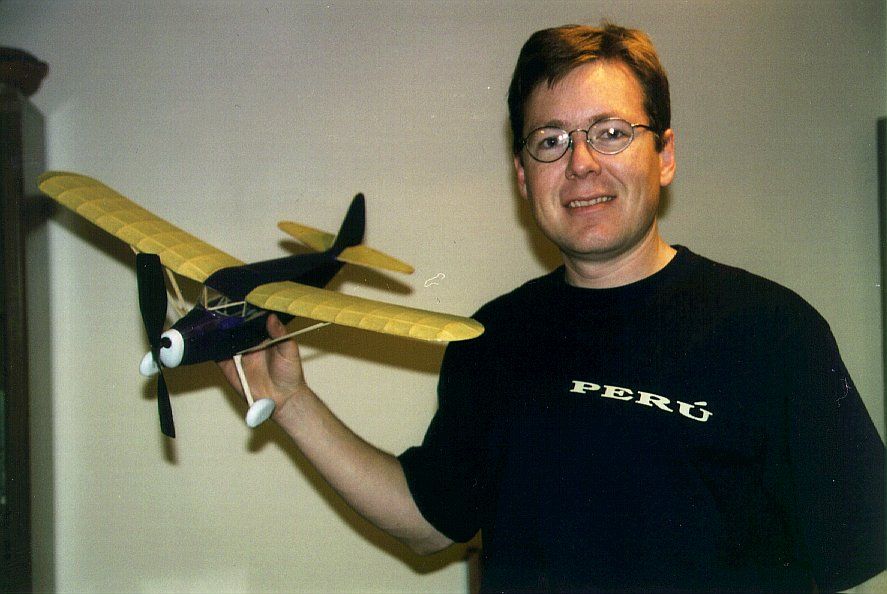 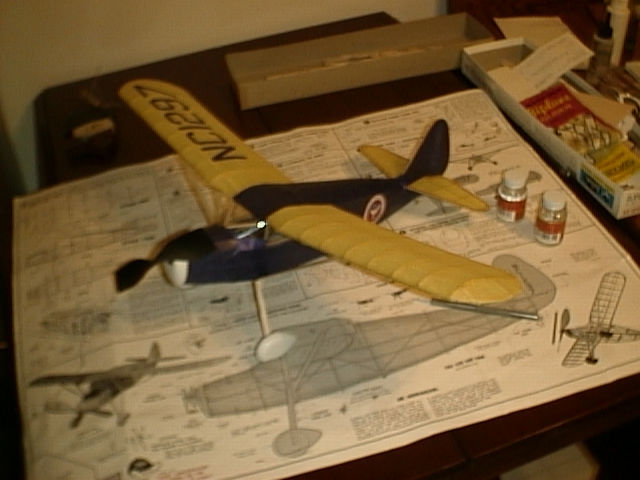 Decals have been added. 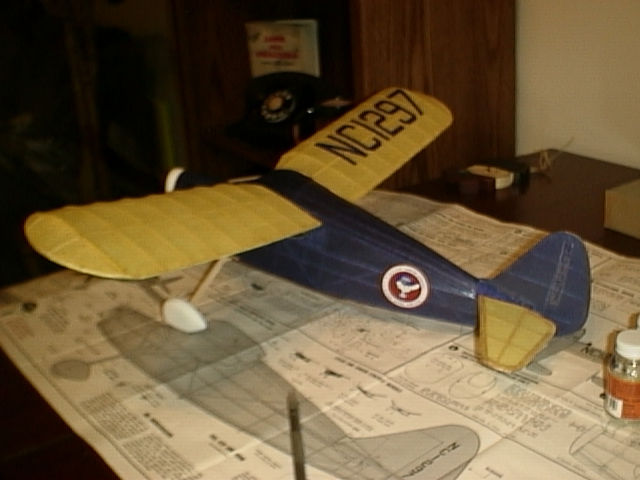 writes:The F24 was first produced in 1938. There were others before it but it was the first designated the 24. They were continued through 1947.

Benton Holzwarth bcgh@teleport.com has an F-24 story to share:

I had a chance one night a couple years ago to attend a local EAA chapter meeting where one of the local ‘old farts’ was speaking, filling in for another guy who had to drop out at the last moment. Dave Lewis of Lewis Aviation was a spry, old guy, and stood at the little podium and talked, recounting stories of his lifetime of flying adventures, for about 90 minutes before breaking to take questions.

One job, before the war, had been test flying airplanes off the production line at Fairchild. From the log books for that era (he brought a pile of ’em with him to show, or check dates I suppose) I looked in after the talk, he was flying about two of every three F-23s and F-24s (I think I’m remembering the models right — if F-24s came after the war don’t shoot me!) as they came off the line – according to the serial numbers logged. The deadpan remarks column was great —