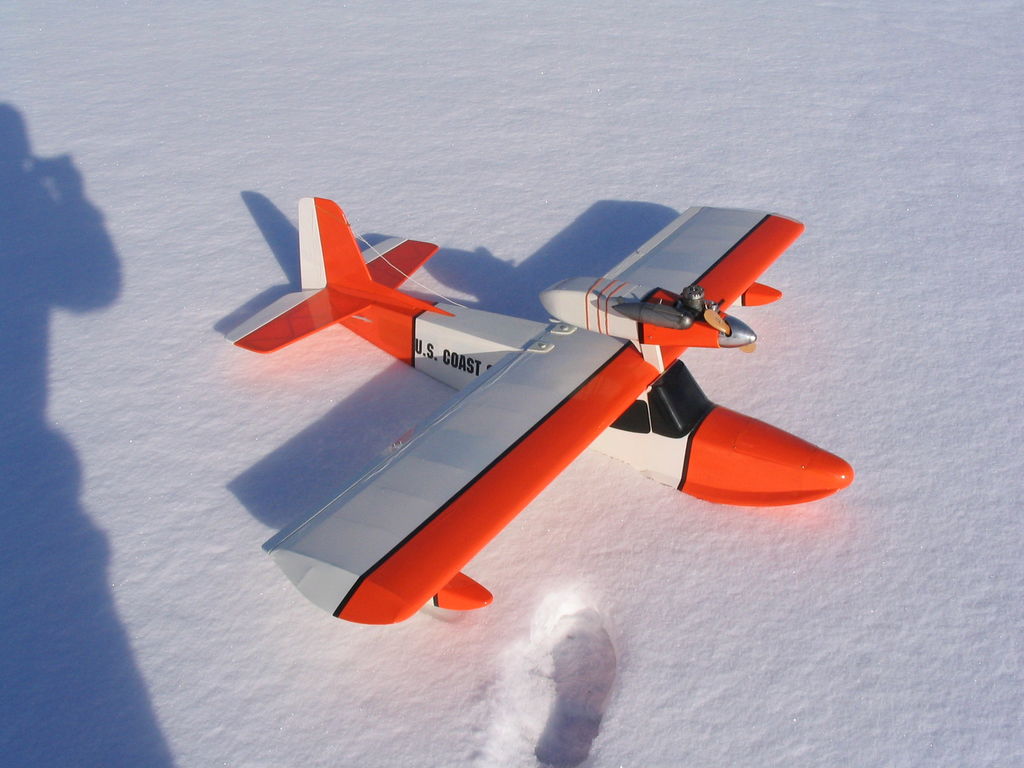 I had one early dead stick on climb out, but managed to turn back home, miss the trees on the far side of the field and land gently in a field and skid to a stop.

The engine was way too lean. On my second flight it was still too lean and had another dead stick landing, but later in the flight. Again, no damage except for some missing covering on the bottom of the hull which could have happened anywhere.

3rd flight: I finally got to the rich side of the envelope … too rich but flyable. So I was doing some really goofy crazy tumbling stuff (which you can do with the off axis thrust of the seaplane pylon mounted engine.) I have a 1/2 pound of lead up front to balance the airplane (total aircraft weight is maybe 6 lbs) and that somehow broke free in flight and scooted all the way to the tip of the tail and wedged itself in there behind the last former. The airplane became *\*severely** tail heavy … minus 1/2 pound up front, plus 1/2 pound way in the tip of the tail. Somehow I managed to get it on the ground in one piece. I picked it up at the balance point and the tail went straight down it was so far out of whack!

So, I need to resecure the lead up front and epoxy the crap out of it. Originally I used double sided tape and actually it was the balsa wood the lead was taped to that failed, not the tape itself. I also need to repair a very small amount of damage to one hull lifter on the bottom of the fuselage. Apparently I skinned it along something on one of my flights and took off some covering and a small amount of wood.

We got a nice couple inches of snow yesterday and the sun was out today with reasonable winds so I decided to see how the Mariner does in snow.

First off, it handles great in the snow. Touch downs on the soft powdery stuff is really sweet! And it’s kind of fun to zip around on the ground and blast snow spray behind me. The Mariner has a low tail fin that is awsome for water steering, but lousy for snow steering. I picked a day with some accumulation to minimize the chances of it catching on something and ripping off the rudder. 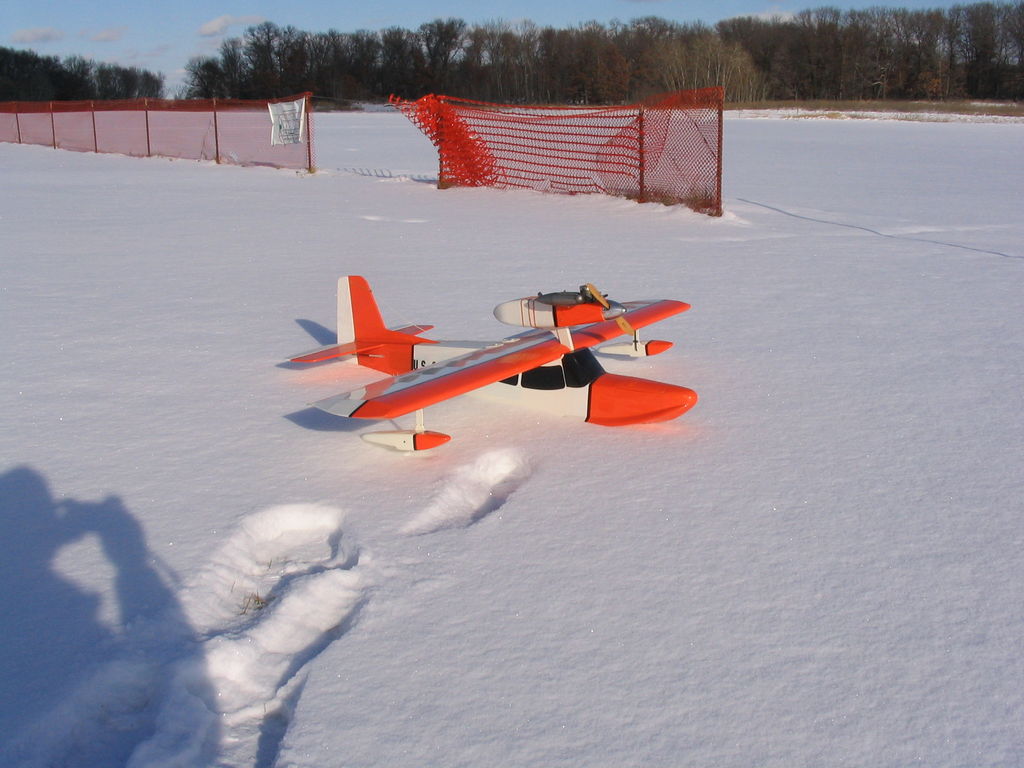 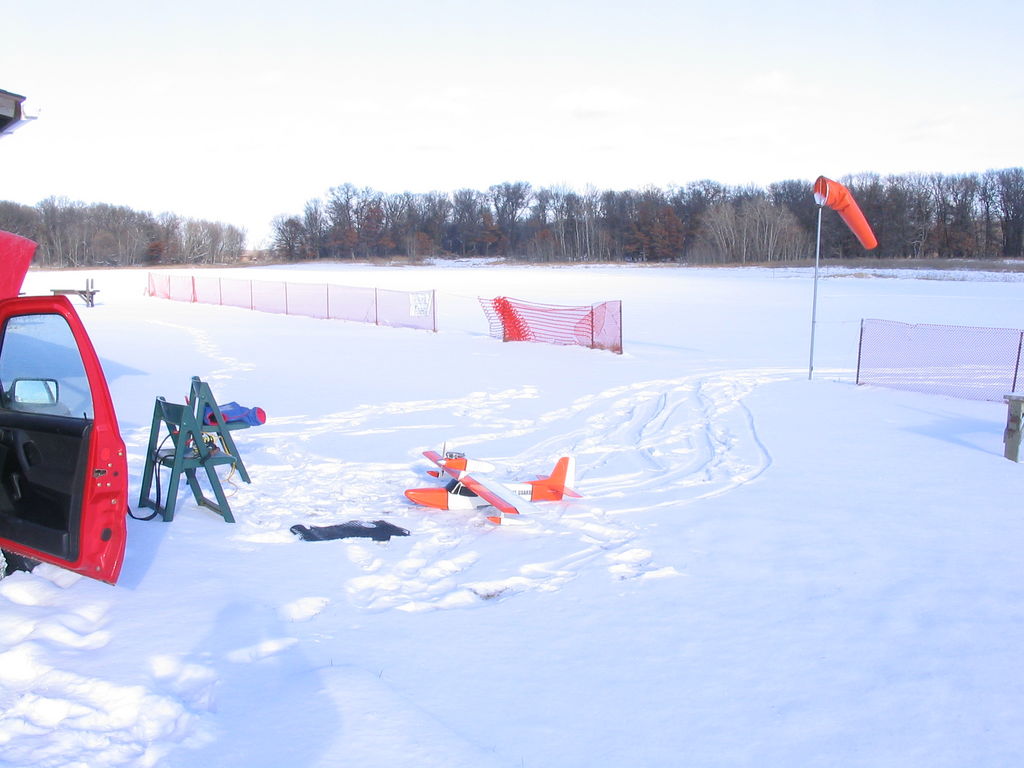 After the 3rd flight, the engine refused to start. I fiddled and fiddled with it, and finally got it running again. However about 5 minutes into the flight it killed on me. Fortunately I was in a area where setting up a dead stick approach was a no brainer. I didn’t even have to walk very far to go fetch it. But I decided to be done for the day.

The Mariner really does a nice job of handling cross winds.