Here is a picture of a real Citabria which I grabbed from the net. Both the model and the real thing look pretty nice. 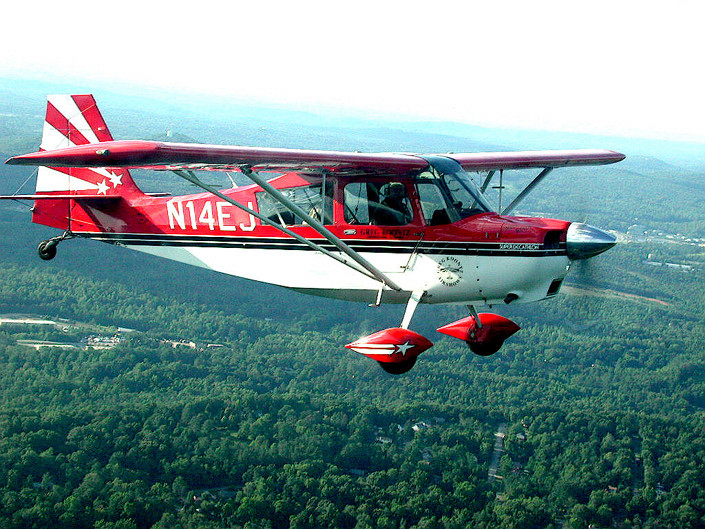 Frank built this aircraft several years ago from a Midwest kit and did a wonderful job. He covered it in 21st Century Film which has a fabric weave texture. It is powered by an OS 90 4-stroke engine with an on-board glow assist system. He included a scale instrument panel, nice color scheme, and quite a few other little details that I am just discovering.

This was a beautiful late May day. The high temps were only around 60, but the winds were light, the sun was shining, and flying was very nice and smooth.

The old OS 90 four stroke isn’t quite what she used to be but keeps banging away reliably and is more than enough power to fly the Citabria through a variety of scale like manuevers. I didn’t push the airframe or engine, but did a few nice rolls, loops, and wing overs. This Citabria has nice neutral aerobatic tendencies, doesn’t have an extreme tendency to balloon at higher speeds, and is overall very smooth, stable and flies bigger than it is (even though it is pretty big by most sport flying standards.)

Every time I put this airplane in the air, I end up with a BIG smile on my face when the flight is over. I know I say this after every plane I fly, but this really is my favorite airplane! 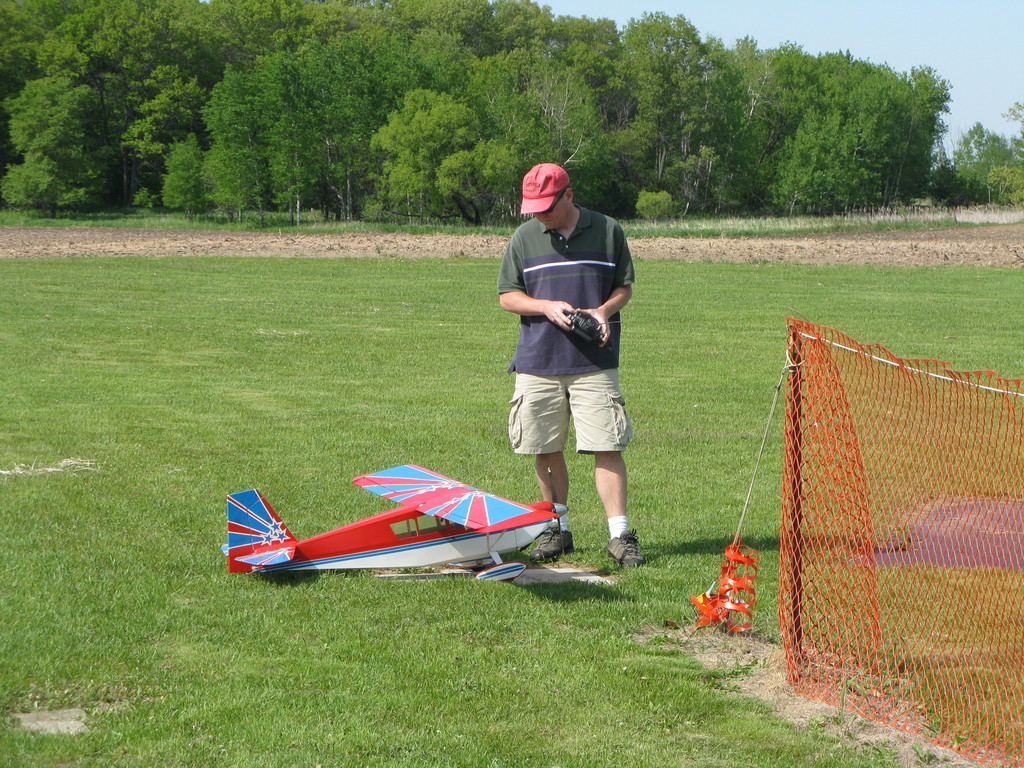 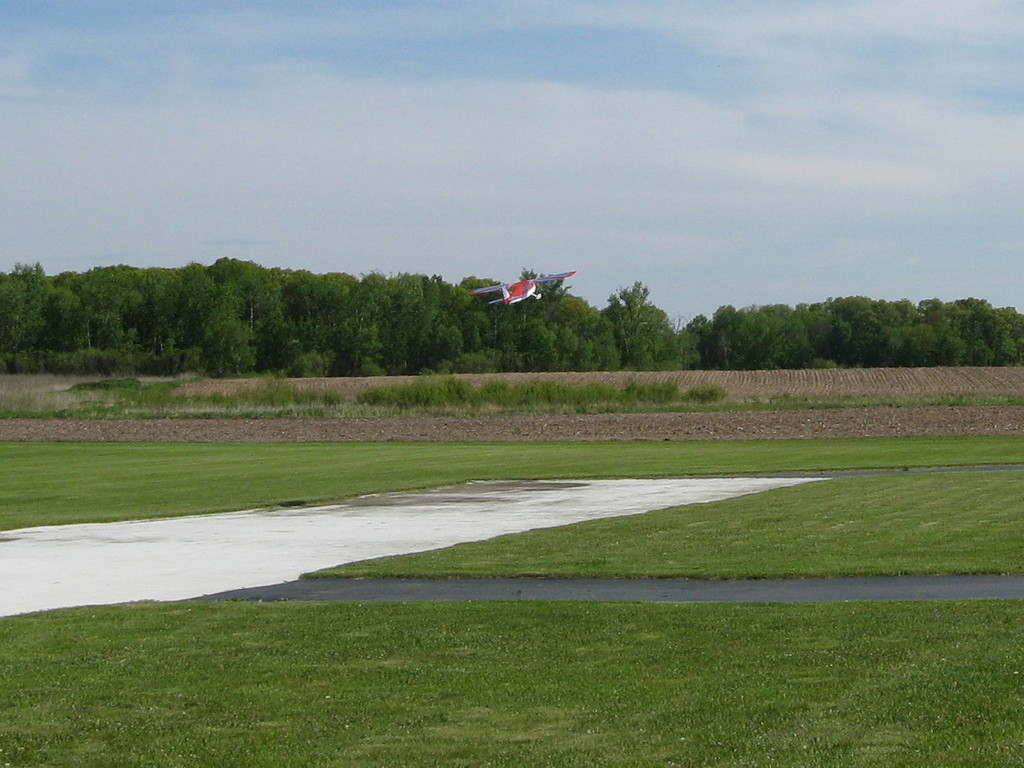 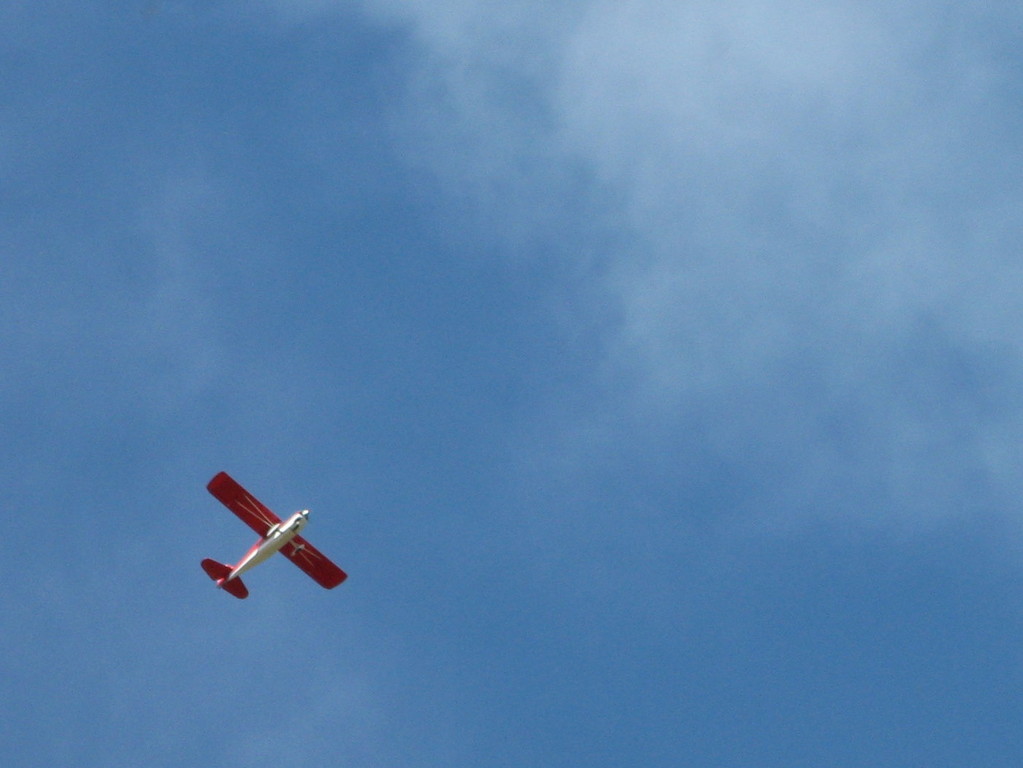 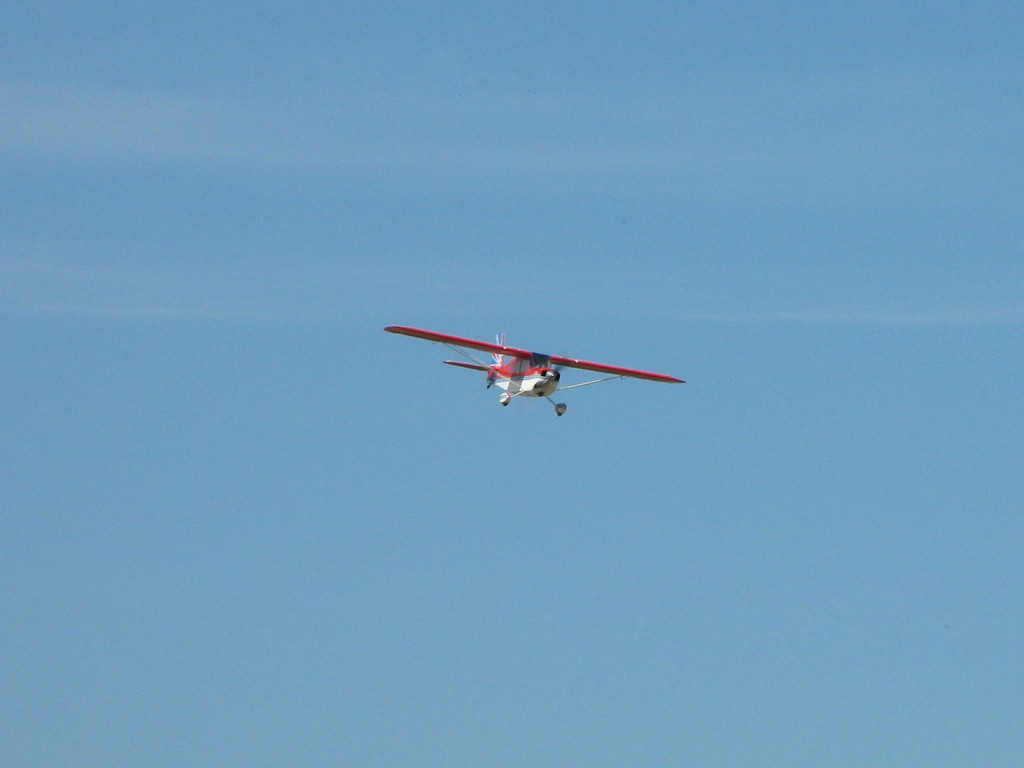 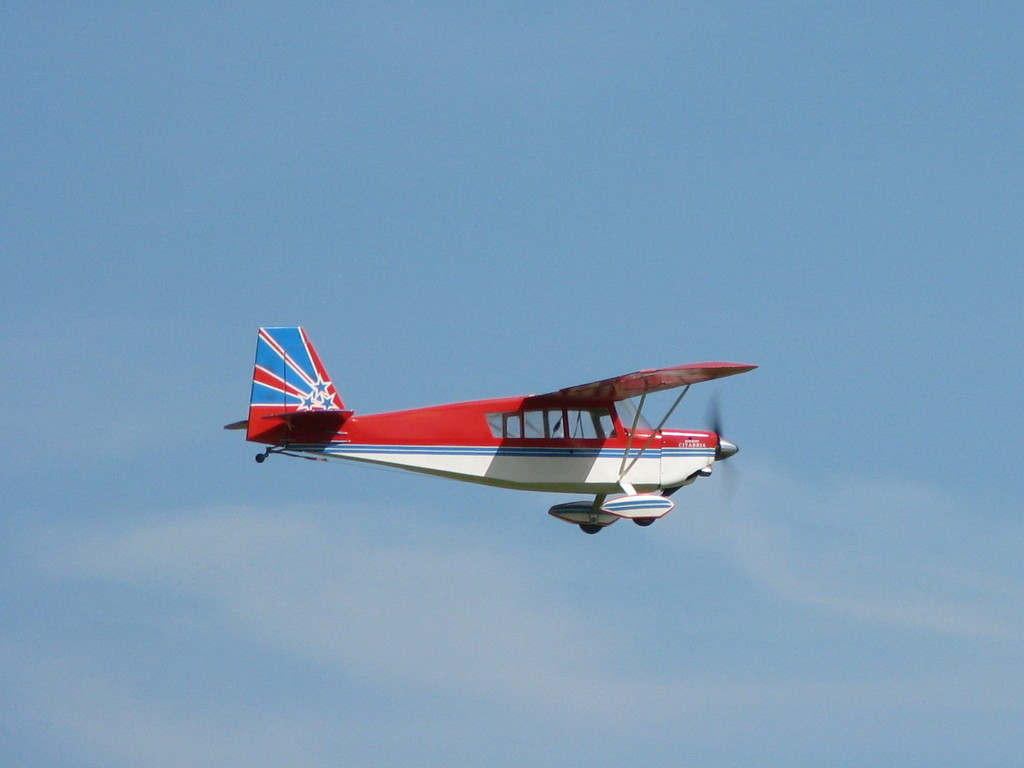 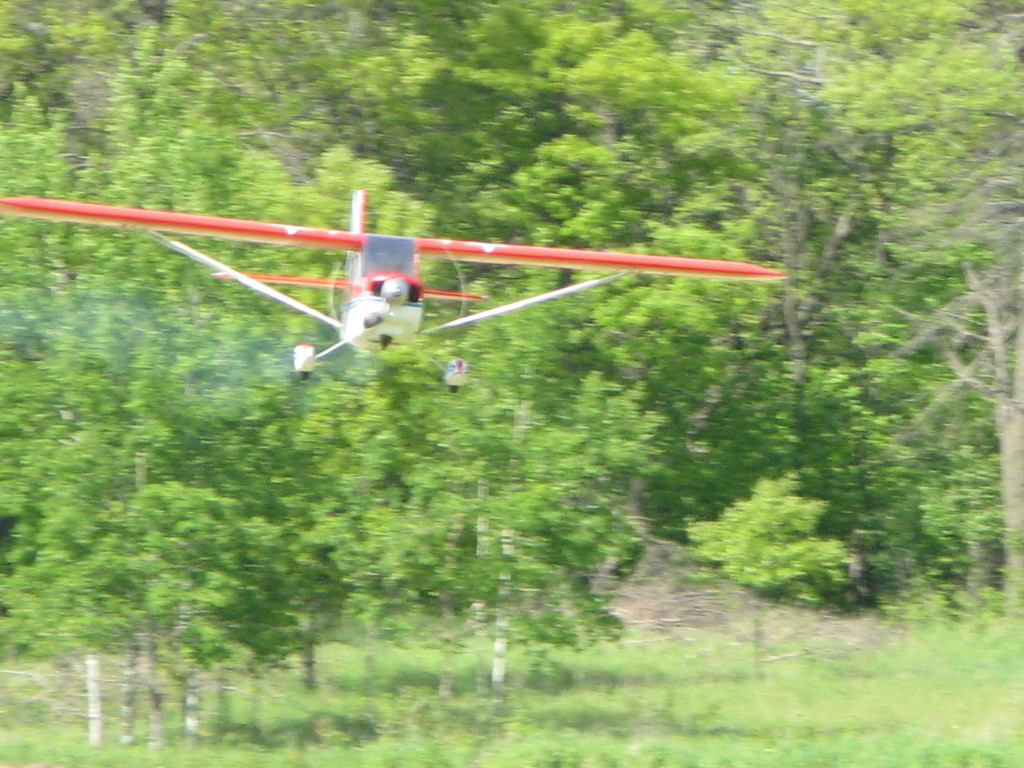 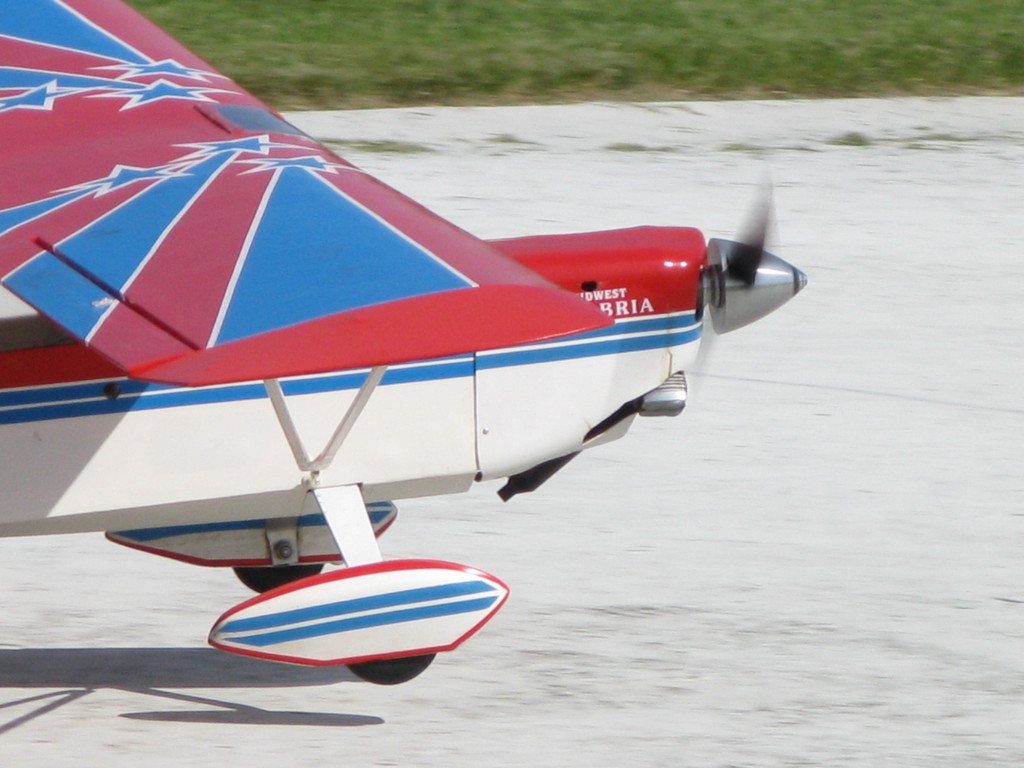 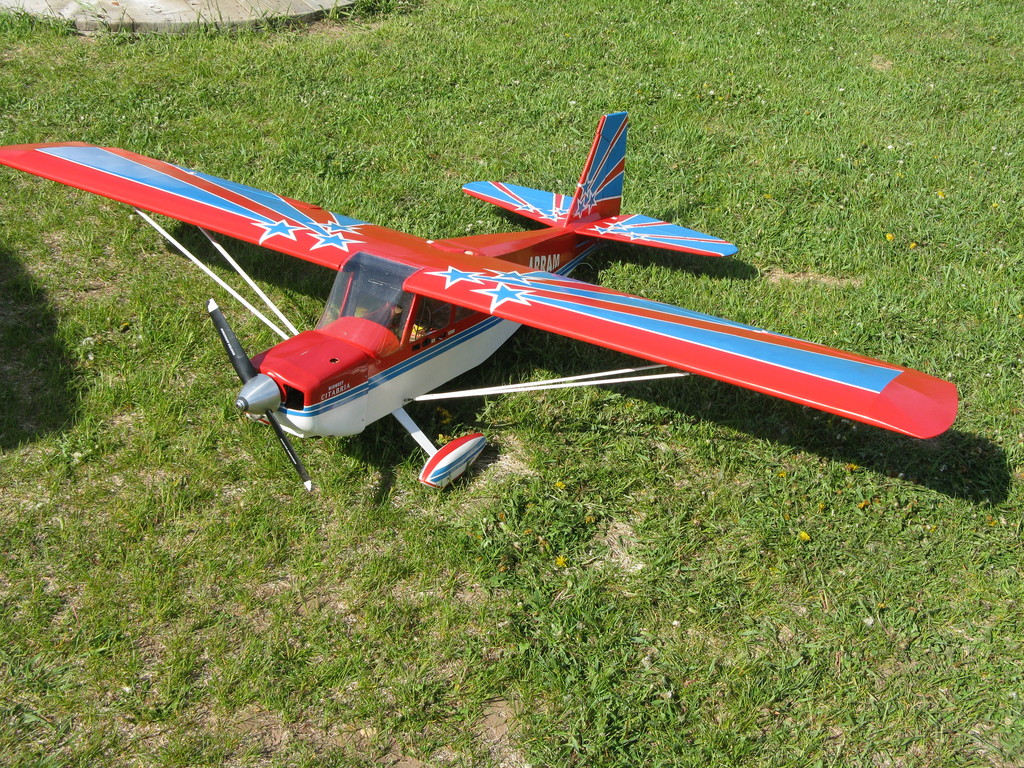 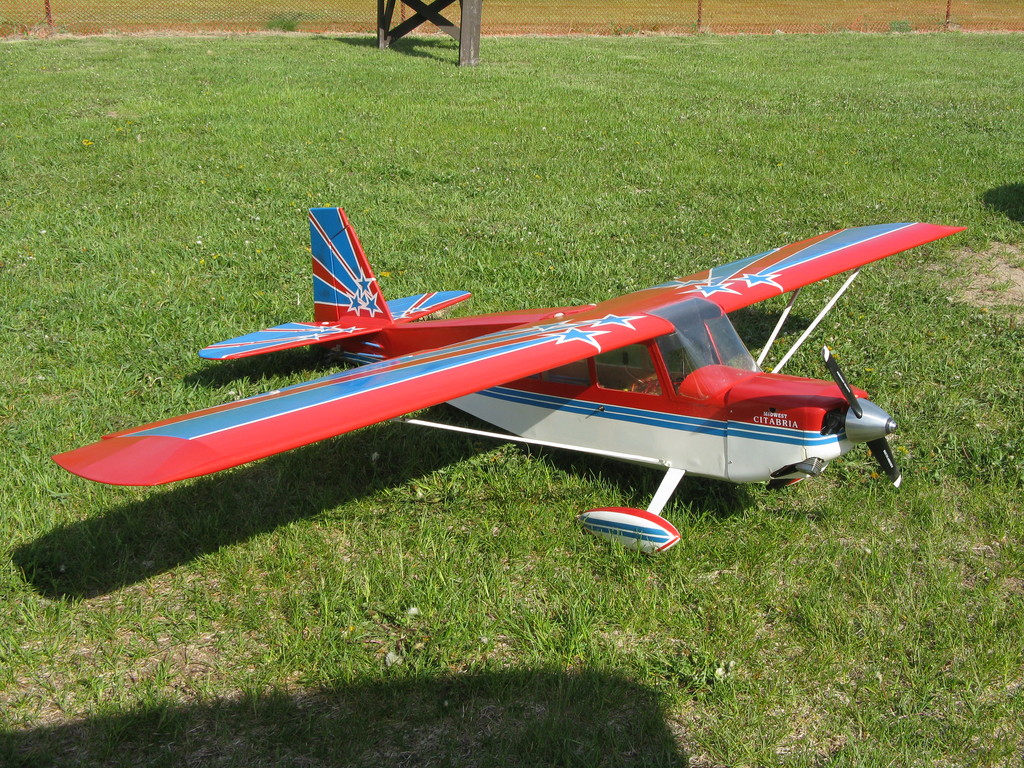 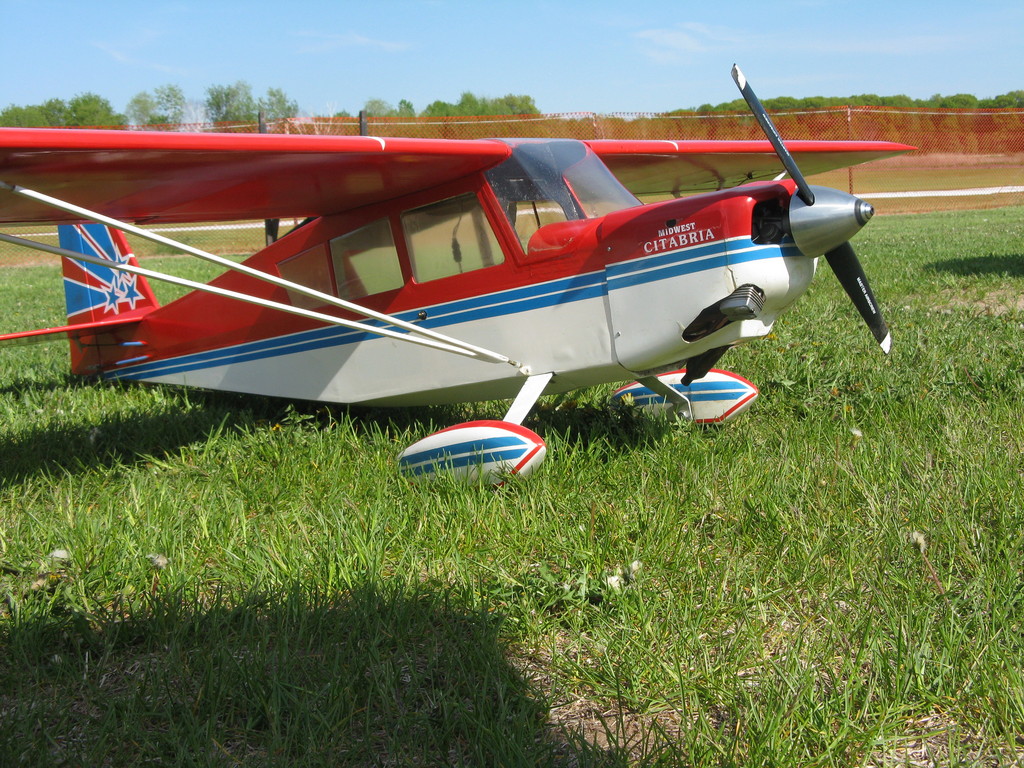 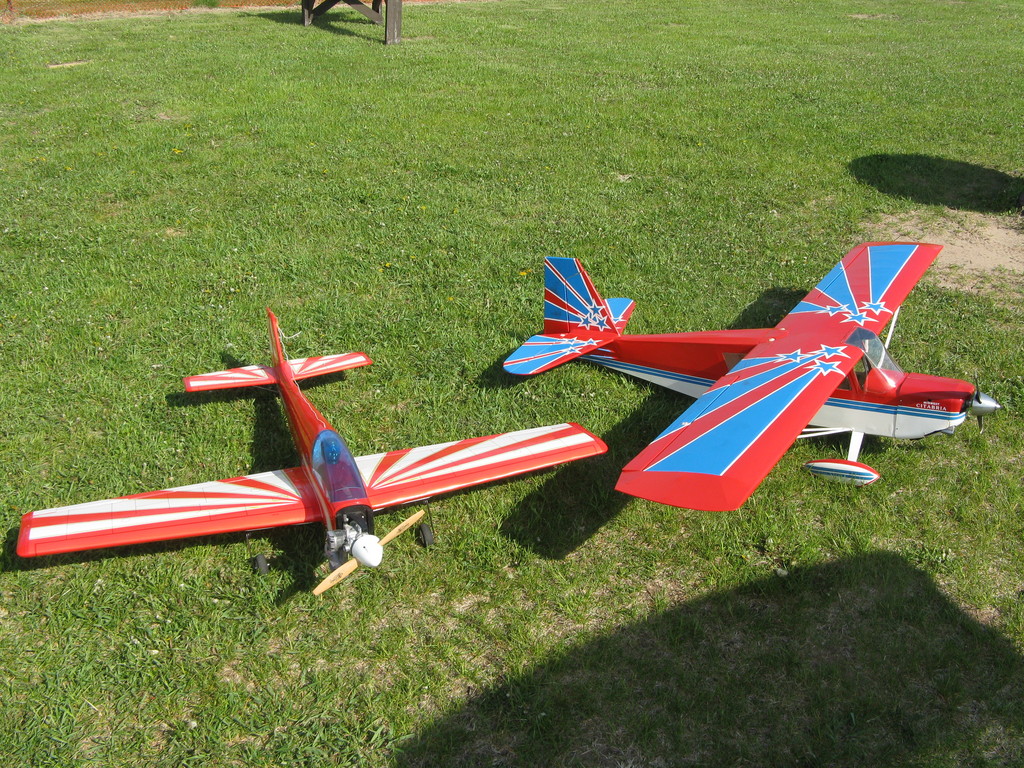 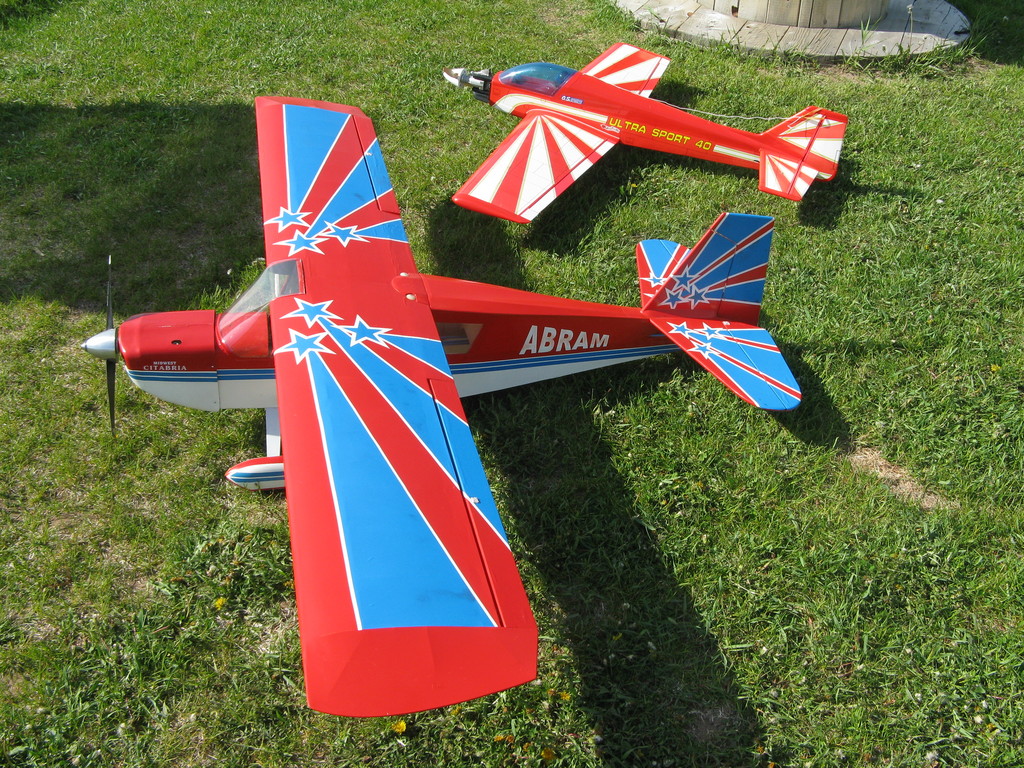 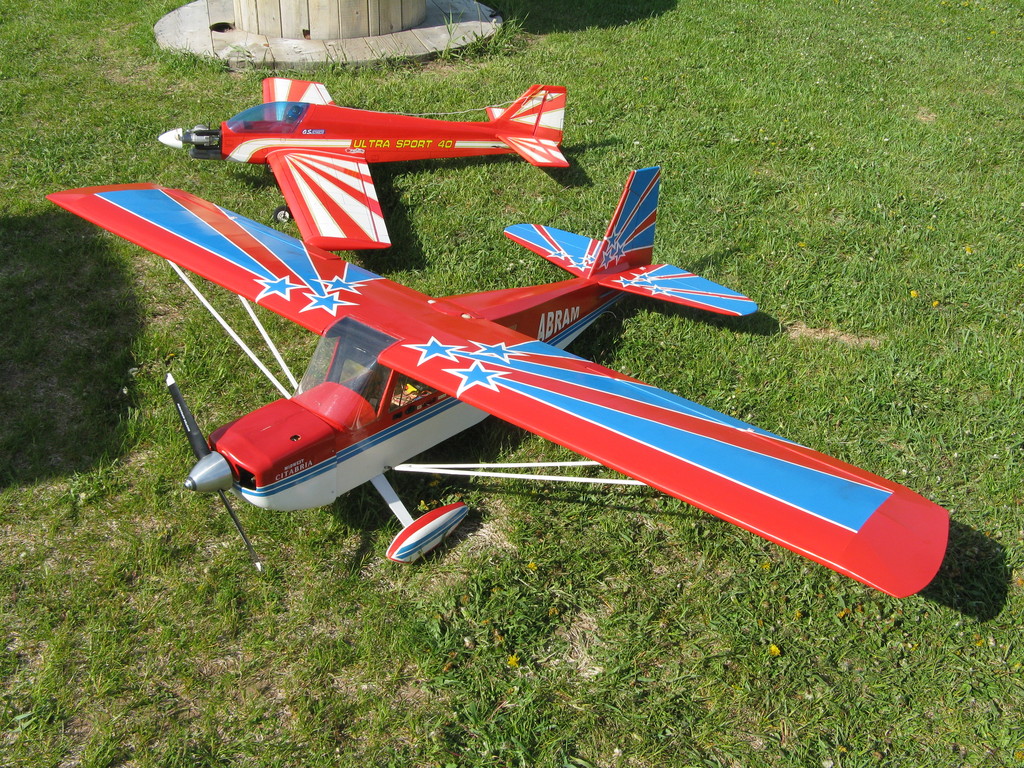 No snow yet in Minnesota this year. Today the temps pushed 45F (above zero) 🙂 with about 10 mph winds. I took out the Citabria and still struggled with the engine a bit, but got it running well enough to fly. I can’t seem to do a lot of fancy stuff with this airplane, but boy is she solid and smooth in the air … very nice to just watch doing a scale flyby.

Take offs and landings are maybe my favorite thing in this airplane because they seem very scale. You have to hold a fair bit of throttle on approach, then chop it as you cross the threshold, then flair for a nice gentle touch down. If you don’t carry some speed on approach, you run out of elevator you don’t get to see that nice gentle touch down. 🙂

First flight for me! Posing before hand. Notice the cool aluminum spinner and that I forgot to bring the wing struts to the field … 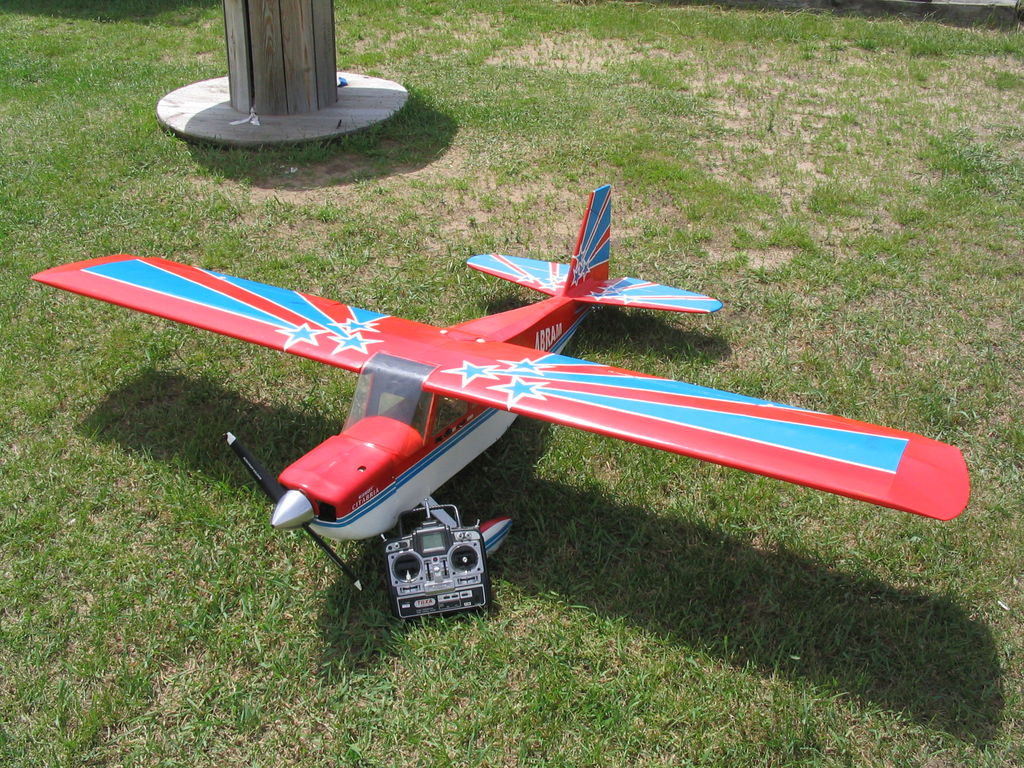 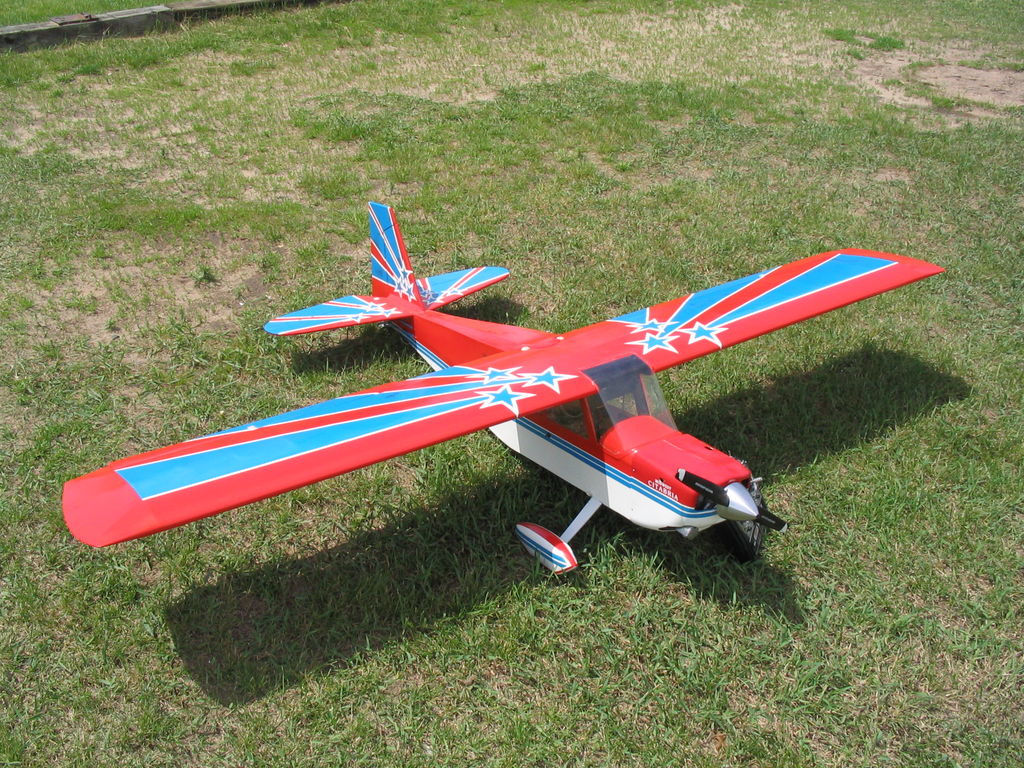 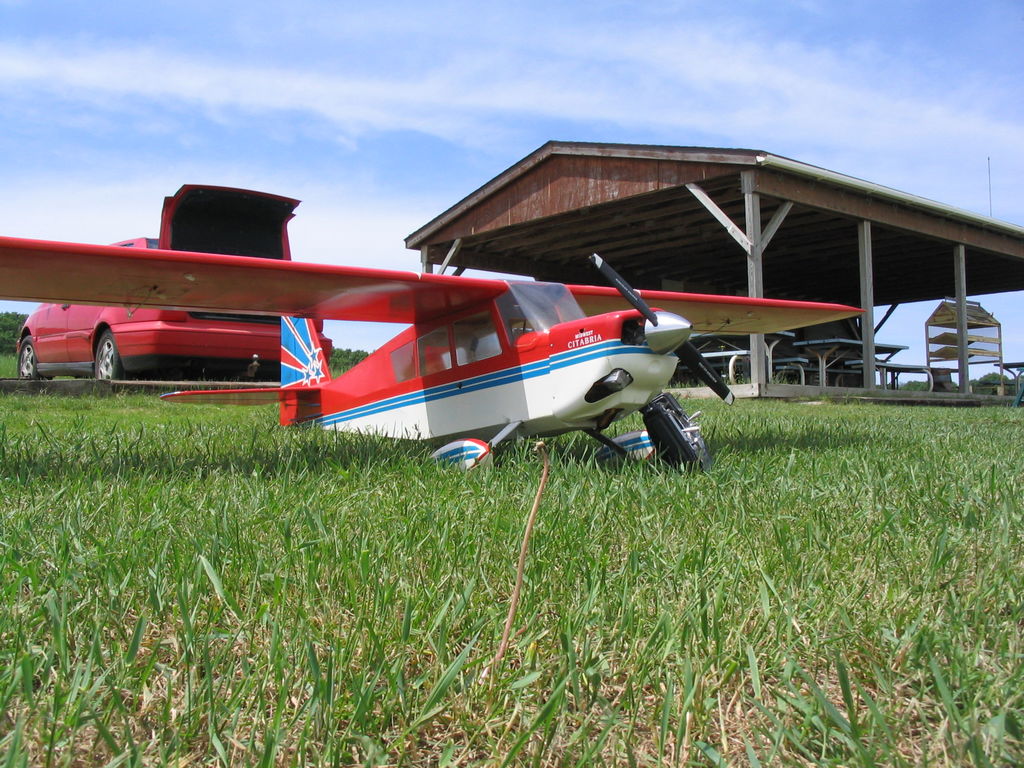 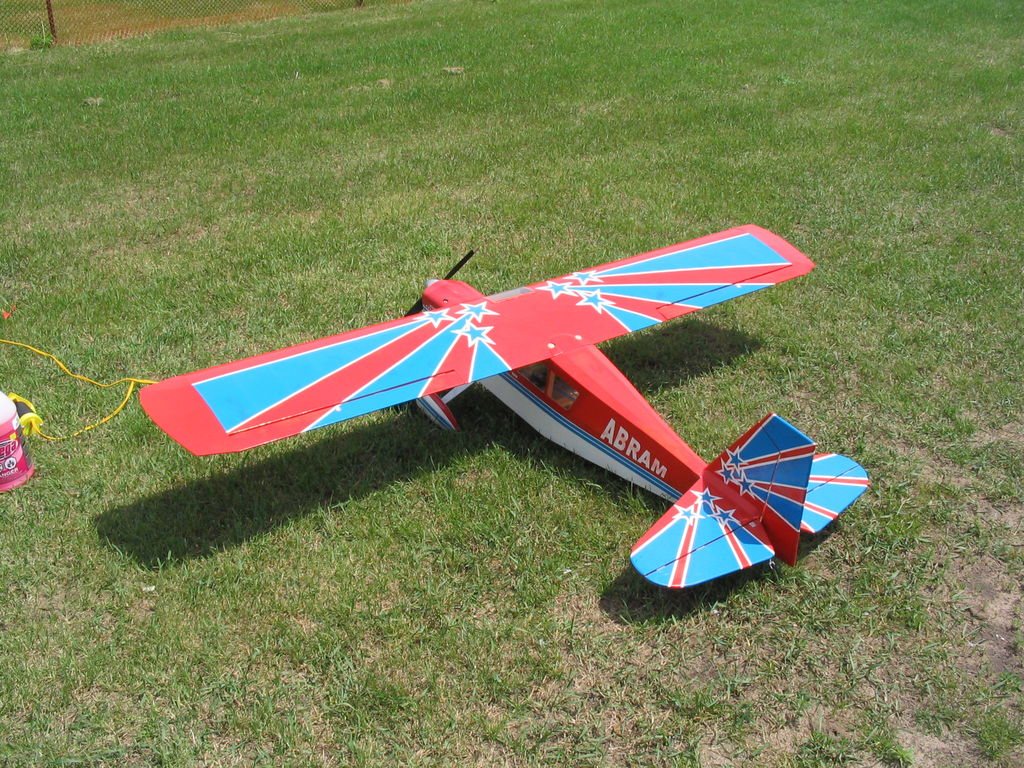 img_2565 First takeoff run, the tail is just coming up … I noticed that the plane tracks straight and was very well behaved on the ground and in the air. 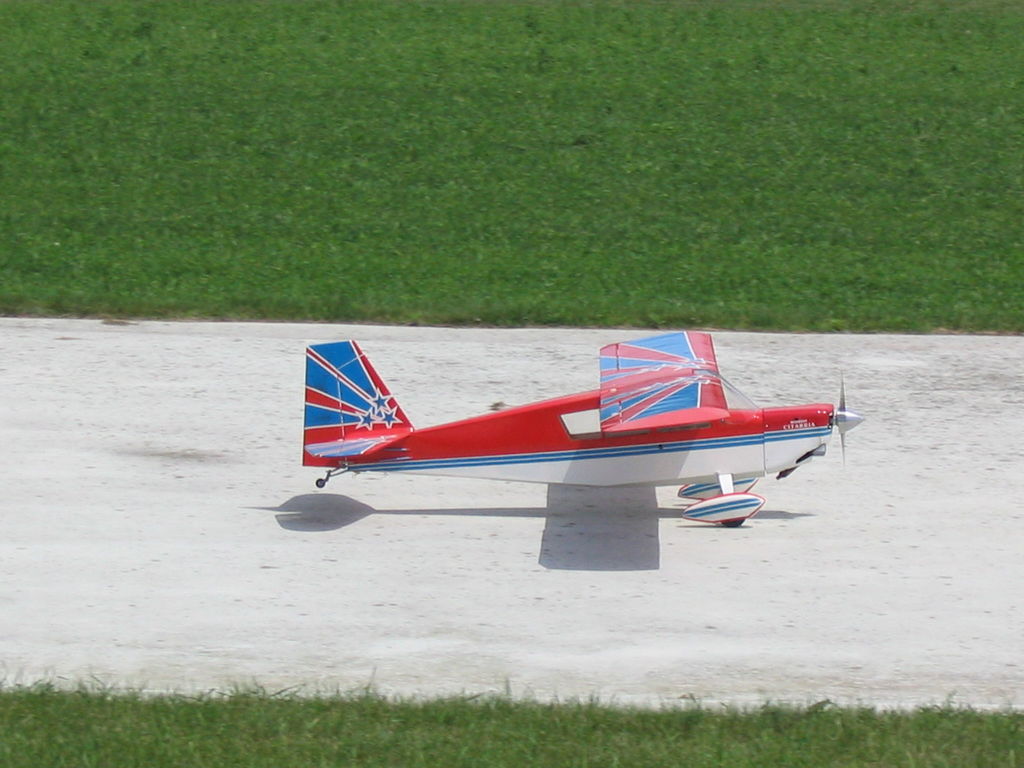 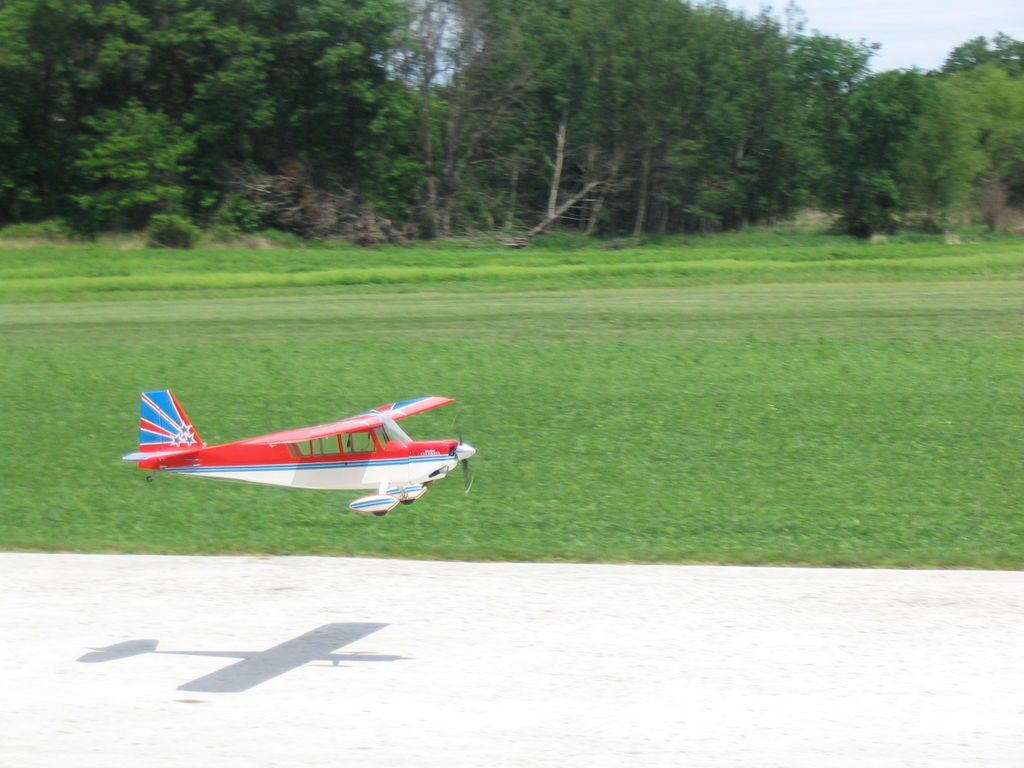 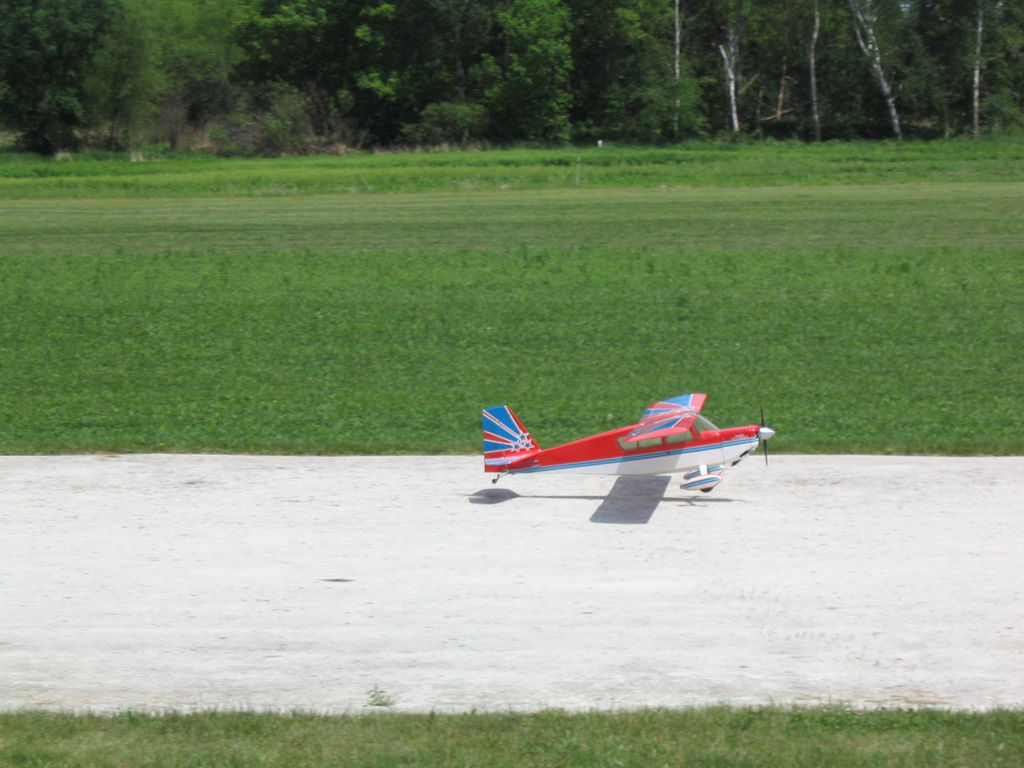 img_2570 I think I still need to shake some of the cobwebs out of the engine since it has sat for a while, but it’s a sweet flying plane … solid, aerobatic, predictable, and reasonably gentle on landing (or should be once I get the idle throttled down a bit.) 🙂

I discovered the carb/throttle was frozen after sitting idle for a couple years. I pulled the engine off and soaked the carb in model engine fuel for about 30 minutes and it came free with a little coaxing. (Whew!)

I reinstalled the engine, put a bit of fuel in the tank, and after some fiddling around and scratching my head, I managed to get it running. I also managed to crack the spinner on a backfire so I need to get a new one here before I actually try to fly. Everything is starting to look real good. 🙂

Here are some initial pictures I took of the Citabria in my driveway. 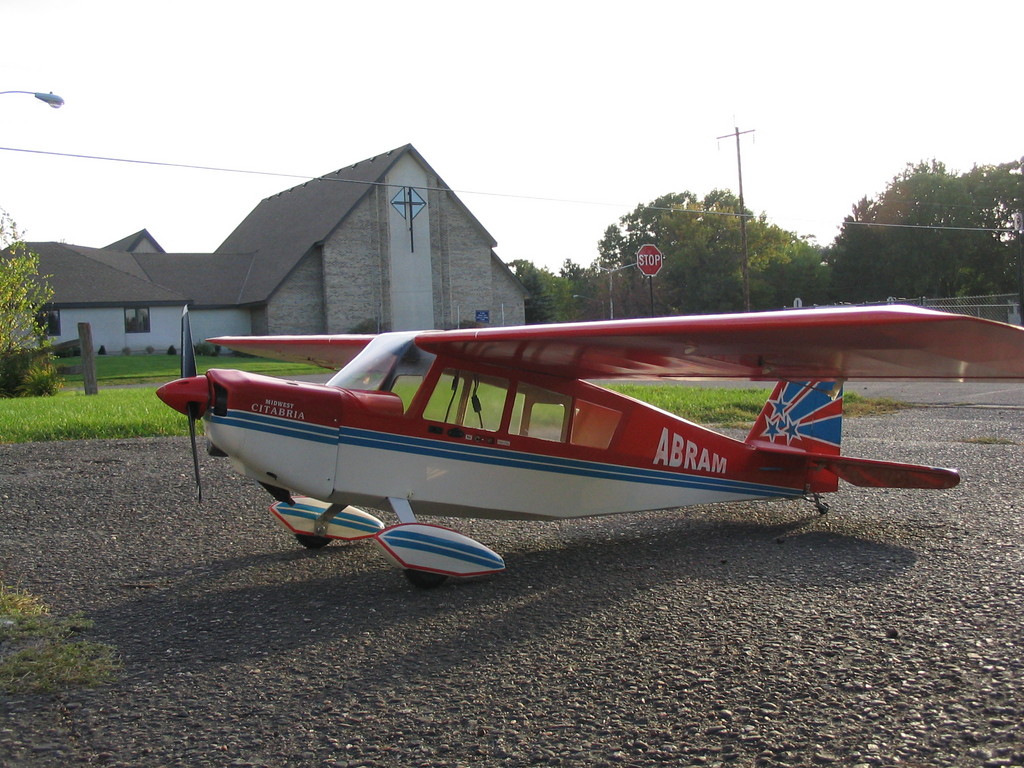 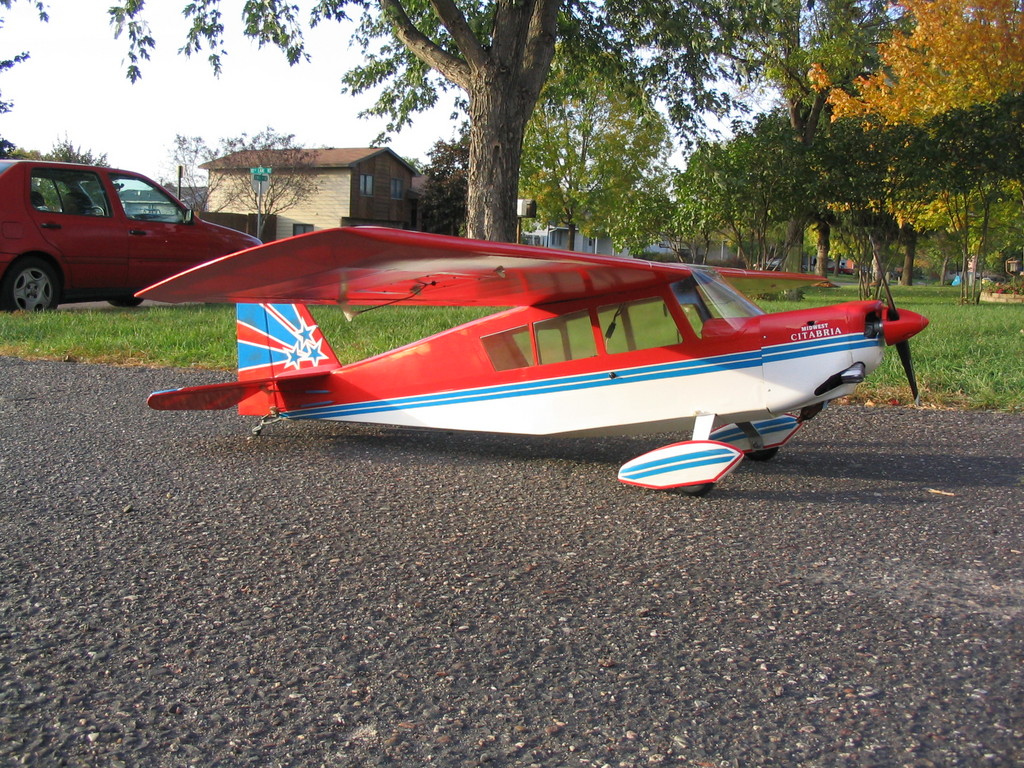 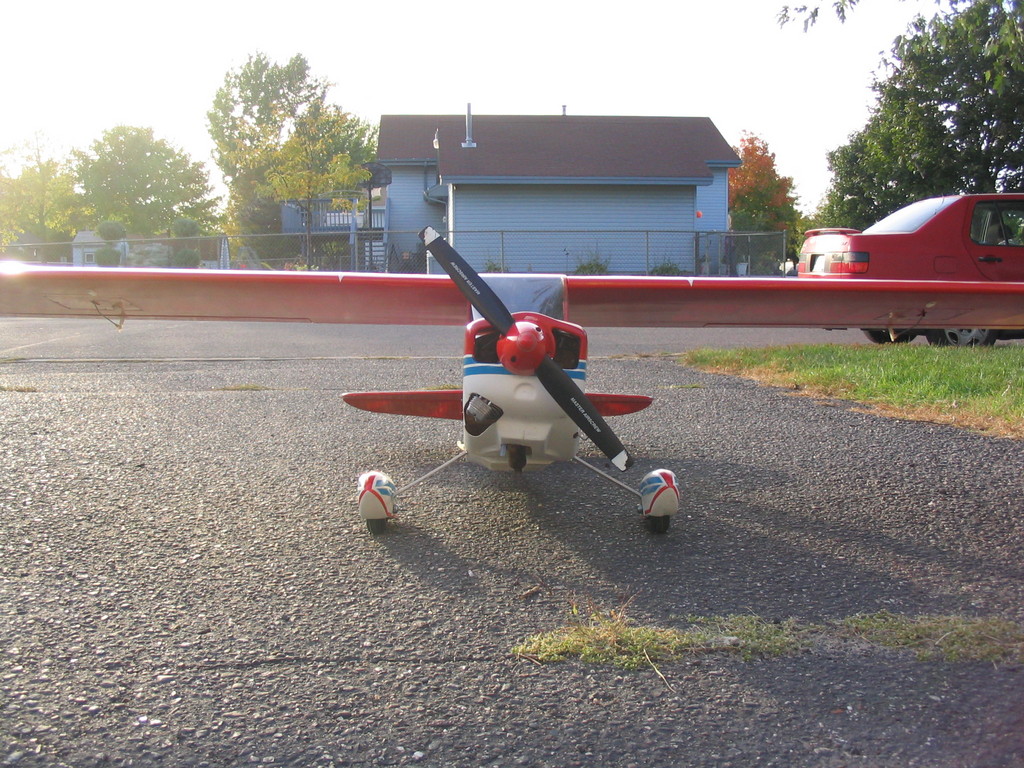 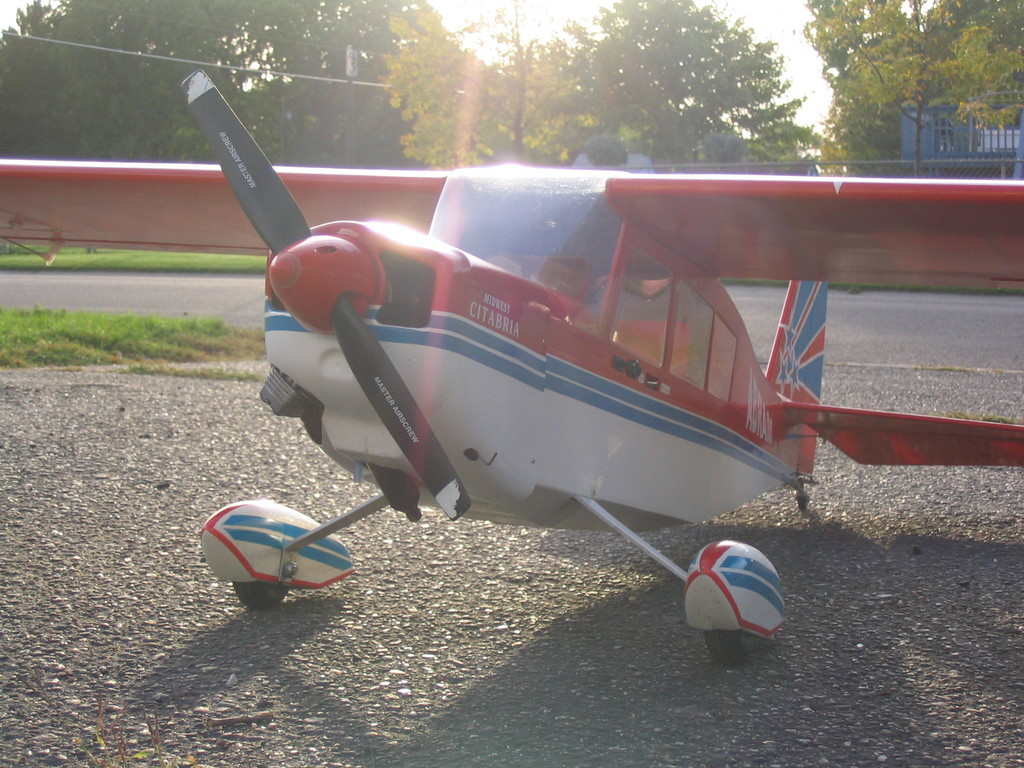 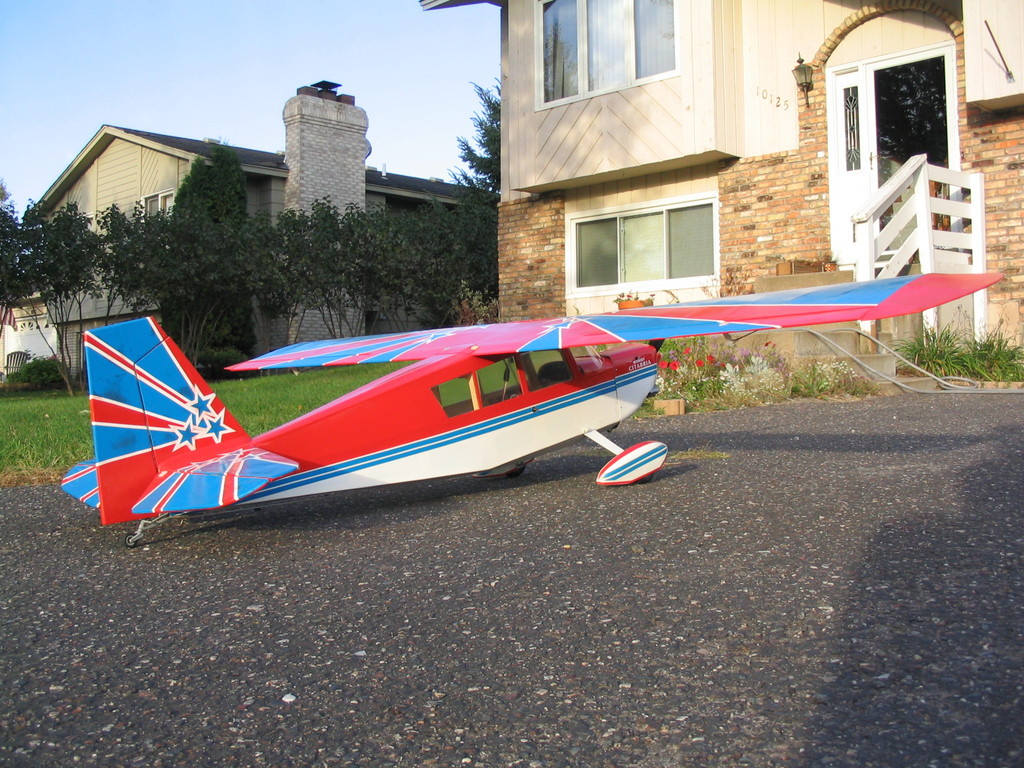 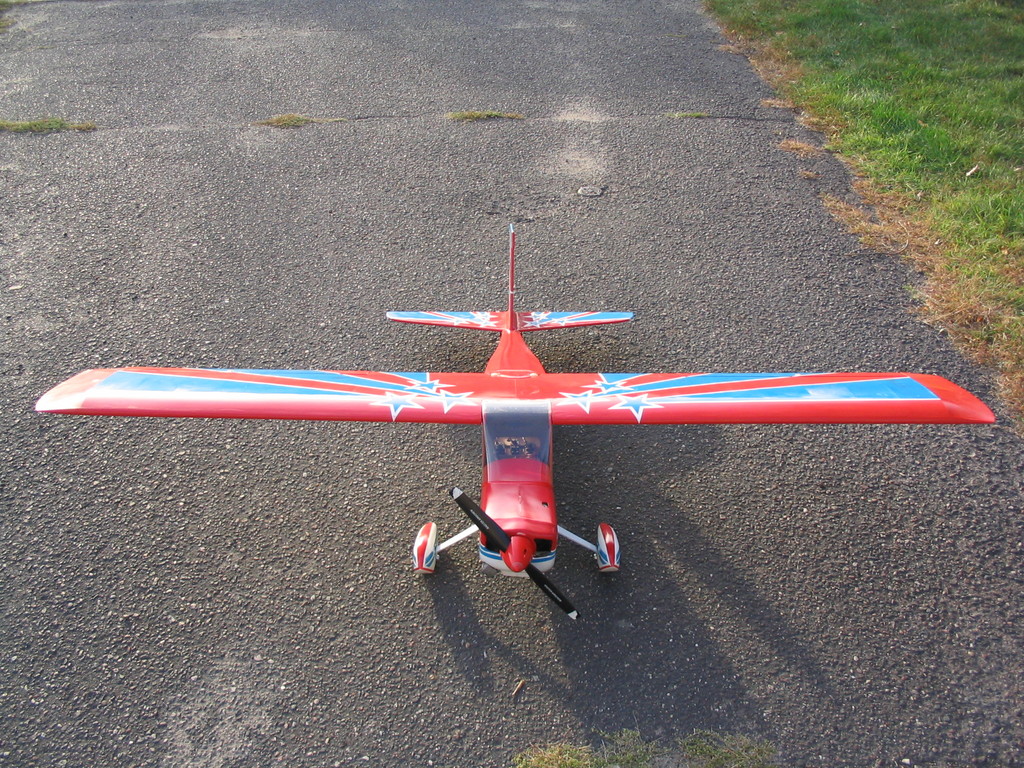 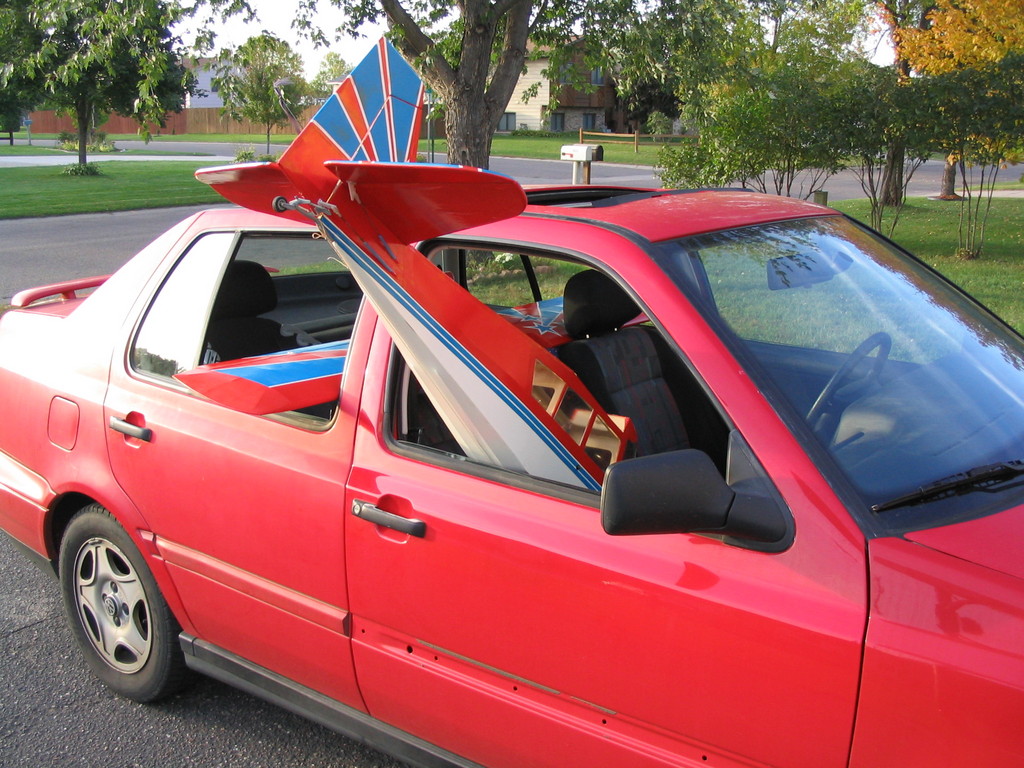 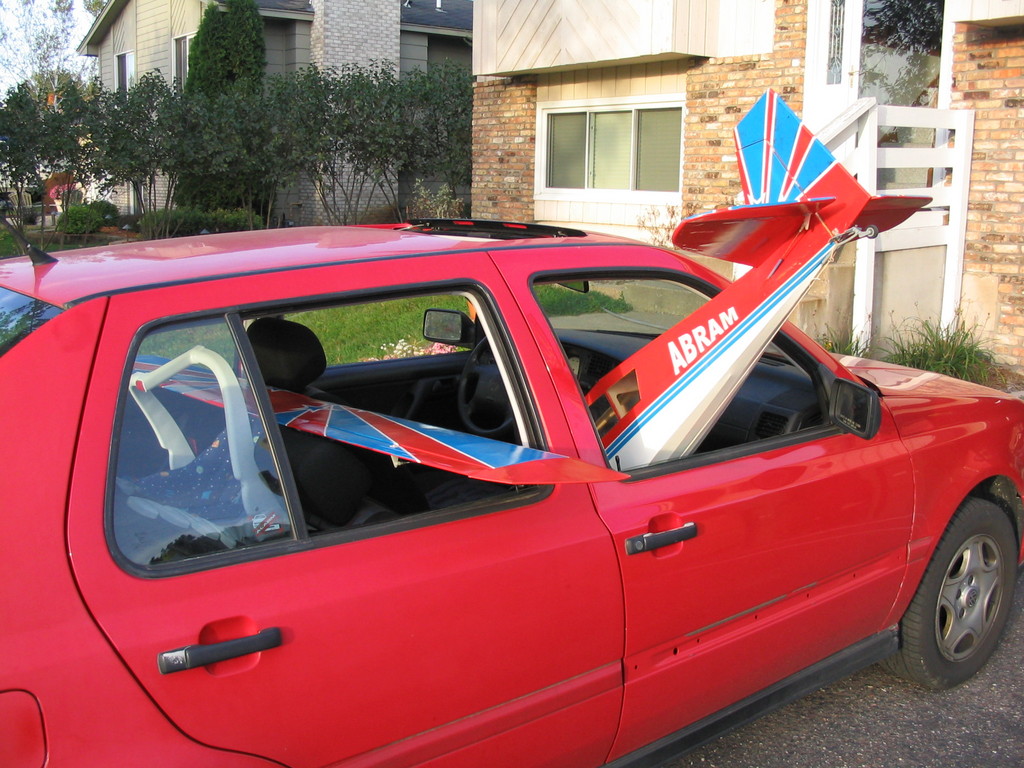 This aircraft hasn’t flown in several years, so I plan to go over it thoroughly to make sure everything is in tip top condition. I will plan to replace the TX/RX batteries even though the current ones seem fine. No point in risking such a nice plane to save a couple bucks in replacement batteries. In my R/C flying career I’ve totalled only one airplane beyond repair and that was due to a failing RX battery.

I think I will throw an aluminum spinner on the front. It will look nice and certainly is plausibly scale.

There is a small crack running the length of the top of the cowl. It doesn’t look like it should be a problem structurally, but I think I repair it first before my maiden flight with it.

So far those are the only potential areas of concern I can see with the aircraft. It should be a really great flyer! I will get pictures up as soon as possible.