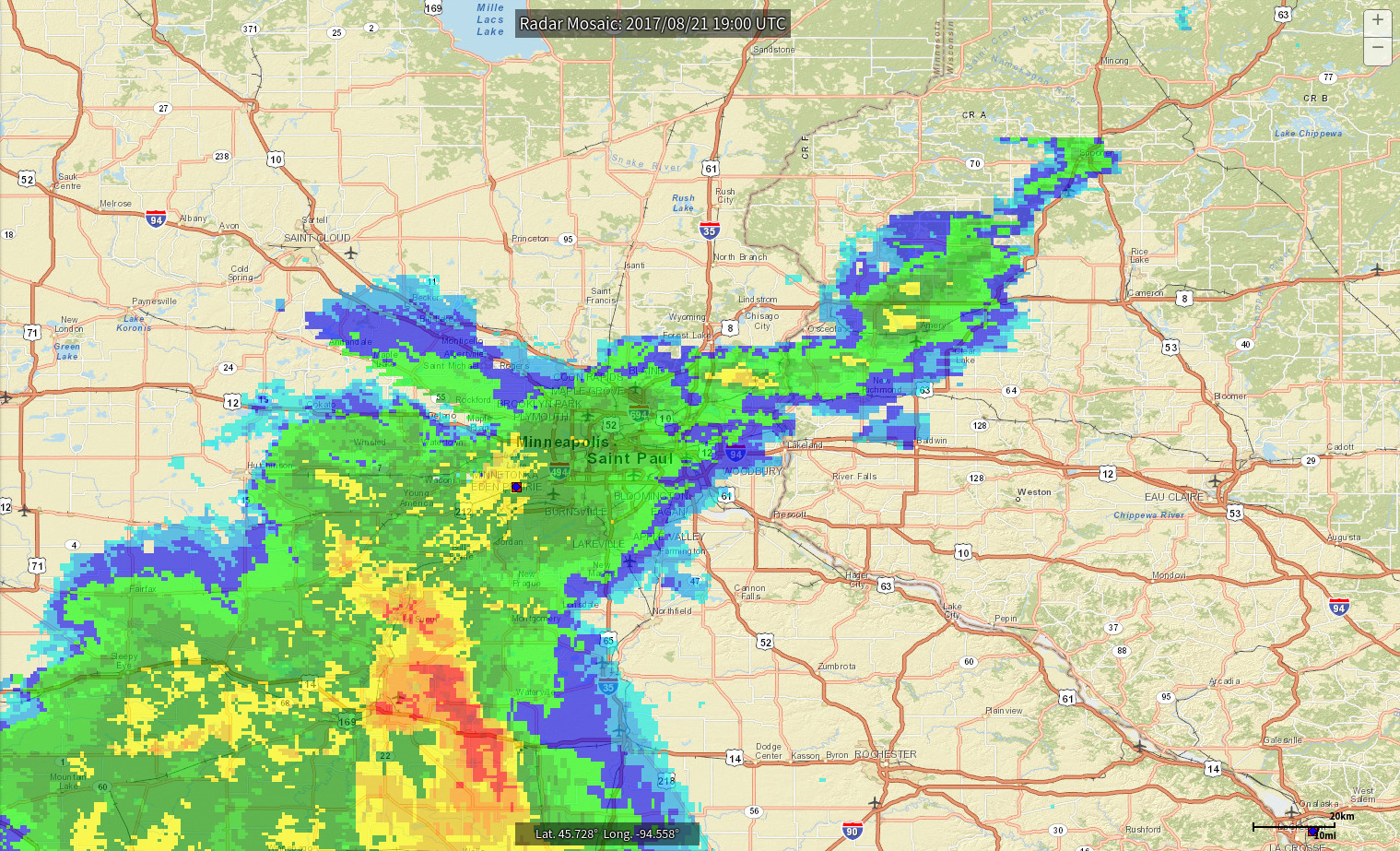 This is a follow up to my eclipse post.  I was forced to end my eclipse flight 10 minutes before the peak because a line of rain was just starting to roll over the top of me.  I waited about 20-30 minutes for the rain to clear and launched a post-eclipse flight that lasted just over an hour of flight time.

Here are some interesting things in this set of flight videos: